The SFFaudio Podcast #160 – Jesse, Tamahome, and Brian Murphy (of The Silver Key and Black Gate) talk about Red Nails by Robert E. Howard (read by Gregg Margarite for LibriVox). The audiobook runs 3 Hours 21 minutes and the discussion begins after that.

Talked about on today’s show:
Comics, the comic adaptation of Red Nails, Conan Saga, Savage Tales, Barry Windsor-Smith, John Buscema, Storyteller, Wolverine, the REH Comics Yahoo! Group, Beyond The Black River, Tower Of The Elephant, Karl Edward Wagner, Queen Of The Black Coast, grimness, pirates, torture, lesbianism, happy endings, “so much for that decades old gang war”, it’s Red Nails is like a Tom Baker Doctor Who serial, haunted city, a feud culture, Tolkemec’s laser, “if it bleeds we can kill it”, Conan the chauvinist, Valeria kicks ass, is the story told from Valeria’s POV?, it begins like a mystery, the “dragon” is a dinosaur (sort of), Techotl, writer shorthand, Star Trek (Let That Be Your Last Battlefield), Techotl is Gollum-like, Red Nails as a gang war, why didn’t they all get rickets and starve, Howard was the original locavore, a roofed city vs. a domed city, Hatfields vs. McCoys, the black pillar of vengeance, ConanRedNails.com, HBO can do no wrong, copyright vs. trademark, Dark Horse’s Chronicles Of Conan #4, colour and colouring, Howard as a stylist, Book X of The Odyssey, The Land of the Lotus Eaters, The Dark Man: The Journal Of Robert E. Howard Studies, using digital copies to research (control-f), Aztec, Toltecs, cannibalism, Jack London, Harold Lamb, William Morris, J.R.R. Tolkien, H.P. Lovecraft, sword and sorcery, horror, The Black Stone, Worms Of The Earth by Robert E. Howard, Tantor Media’s tantalizing collection Bran Mak Morn: The Last King, condemn Howard’s racism praise his writing, Orson Scott Card, Al Harron of The Blog That Time Forgot, Apparition In The Prize Ring by Robert E. Howard, Ace Jessel, Solomon Kane, what will we do after?, just an average weekend with laser beams, the gonzo ending of Red Nails, BrokenSea’s The Queen Of The Black Coast audio drama, Bill Hollweg, legal trouble, Sherlock Holmes, Disney’s John Carter vs. Dynamite Entertainment‘s Warlord Of Mars. 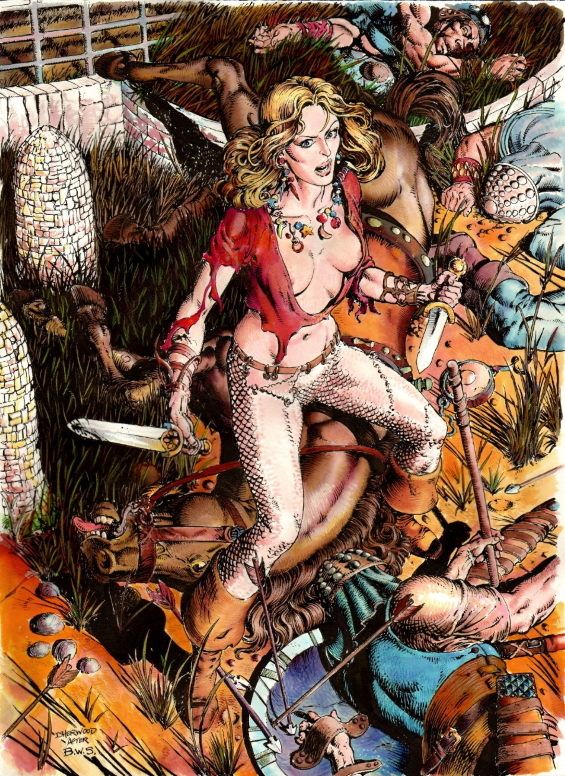 After listening The SFFaudio Podcast #133 (which features Beyond The Black River by Robert E. Howard), a listener named Bunny wrote in to inquire about “collector’s editions” of Conan comics, where to get them and what to start with. I’ve made this video, which I’ve titled, Where To Start With Conan Comics, as a reply.