Talked about on today’s show:
1950!, serialized in Boys’ Life, August – November 1950, its about farming, Ganymede, there’s no bad guys, there’s no conflict, no villians, boy against nature, father son conflict, annoyed at the annoying people, takers and bureaucrats, less bureaucracy hate than usual, a little lecture, the senator got him in, ultimately they will fail in life, the evolution in action argument, who is financing all of this, self-financing, the meta-economic stuff, Tunnel In The Sky, a Star Trek episode, boy and girl scouts, girls do something, Patty was a hard ass bitch vs. Patty was competent, Mrs. Schultz, in the domestic sphere, a big surprise, he chooses not to go to school, subversive, very unHeinlein, so scouty, we’re improving, were becoming disciplined, were footsoldiers for empire, a number of surprises, the twins are going to go to Earth to go to school, the Turner thesis, the frontier, why school is not necessary, so much about scouting, when the frontier was already closed, middle class, progressive, urban America, the Baden Powell scouts, the Boer War, you get to shoot at people, what little boys want to do, go out in the woods and hit things, a special two finger salute, listen to the older boys, Brownies leveled up to Girl Scouts, that Euro American tension, the Malthusian logic, pressures back on Earth, building colonies, like America up to the end of the 19th century, the progressive era, Jeffersonians, the Louisiana Purchase, Lions Clubs, Kiwanis, Elks, civic organizations, Paul was born and raised in New York City, I get to wear a belt with a pouch on it!, you have to buy your own uniform, you buy those badges?, you have to earn them and then you have to buy them, I need comics, swear allegiance to the queen, the motto or slogan, god and country, scout rallies, jamborees, an organization what was quasi-paramilitary, get involved in the community, the cadets, air cadets, sea cadets, ROTC, being a grunt digging ditches and burning latrine shit, a career resume, how to become elites, gliding in gliders, pushing people into a system of rank and authority, this is a scam, how did Evan get out of this cult?, I’m going to get my merit badges, coincidence, making our hero a hero, when the meteorite hits the spaceship, alien artifacts on Ganymede, a pro-Scout perspective, he’s lost so much, Peggy has been lost, he’s gonna get Gretchen, bothered by poor Peggy, poor Poddy, killing off the girls, somebody needs to be refrigerated, Paul, replaced with twin boys, they literally do Scouting, field patrols, some doofus on a tractor, they help old ladies across the road, can-do, he wore his uniform against his skin, his bones are in the scouts, appendicitis, be interactive in the world, pull out your whistle, what those merit badges are for, start fires when your plane crashes in the middle of the woods, exemplifying the Boy Scout mentality, go back to the meetings, very American foreigners, the Japanese Scout, Douglas MacArthur Okajima, a Russian kid, the German family next door, the triumph of the American future, a super-dystopia on Earth, this apartment didn’t have any windows, burning the dinner plates, a bad PKD future, Evan was triggered by Malthusian Earth, the Population Bomb, that horrible Star Trek episode, worked for China, too many people, 55 million Californians vs. 39.5 million, the stores have food, wrong about all sorts of stuff, the only version of birth control humanity will ever have is wars, Heinleinian old men characters, one of them is growing a beard, you did your calculations all off screen bud, what drives Jesse up the wall about Heinlein, how often an alignment of Jupiter’s moons, just because it was cool?, a Ganymede quake, Mars and Venus in alignment, earthquakes and tidal waves, astrological implications, what’s missing from this colony is religion, no churches, for a frontier society it is a giant lack, the good salt of the earth colonists, deliberate, they bring it into the war, if the colonists did it on purpose…, nobody else is talking about it, a deliberate oversight (choice), respecting silly traditions, that’s just how people are, they’re all scouts together, that’s their religion, Golgotha, he gets the tractor and smashes Golgotha, Armageddon, the only tree on the planet is an apple tree, and they chop it down and burn it, The Most Beautiful Tree On Ganymede, we did not bring weeds, a lot of things to like, ecology, we know what we’re doing, rabbits, dumb it down, weeds are anything don’t want, marijuana on Ganymede, impressively self confident, got rid of lockjaw, how agriculture is these days, GMO seeds, a broader issue, if you don’t know why you need clover, the scene on Ganymede vs. the scene on Earth, an immigrant lens, the space border, the boys dorm, endless food, food porn, a couple of hints, another very boy scouts sort of scene, captain’s mast, Star Trek Voyager, Tuvok gets promoted, Paris gets demoted, 30 days in solitary confinement, the federation is a nightmare, all of the food was not treebourne, ground food, strawberries, hand pollinate, their bees cant fly,

Listen to this: For breakfast we had corn cakes with syrup and real butter, little sausages, real ham, strawberries with cream so thick I didn’t know what it was, tea, all the milk you could drink, tomato juice, honey-dew melon, eggs—as many eggs as you wanted.

There was an open sugar bowl, too, but the salt shaker had a little sign on it; DON’T WASTE THE SALT.

There wasn’t any coffee, which I wouldn’t have noticed if George had not asked for it. There were other things missing, too, although I certainly didn’t notice it at the time. No tree fruits, for example—no apples, no pears, no oranges. But who cares when you can get strawberries and watermelon and pineapples and such? There were no tree nuts, too, but there were peanuts to burn.

Anything made out of wheat flour was a luxury, but you don’t miss it at first.

Lunch was choice of corn chowder or jellied consomme, cheese souffle, fried chicken, corned beef and cabbage, hominy grits with syrup, egg plant au gratin, little pearl onions scalloped with cucumbers, baked stuffed tomatoes, sweet potato surprise, German-fried Irish potatoes, tossed endive, coleslaw with sour cream, pineapple and cottage cheese with lettuce. Then there was peppermint ice cream, angel berry pie, frozen egg nog, raspberry ice, and three kinds of pudding—but I didn’t do too well on the desserts. I had tried to try everything, taking a little of this and a dab of that, and by the time desserts came along I was short on space. I guess I ate too much.

so good at it,

Besides that you could drop around to the kitchen and get a snack any time you felt like it. 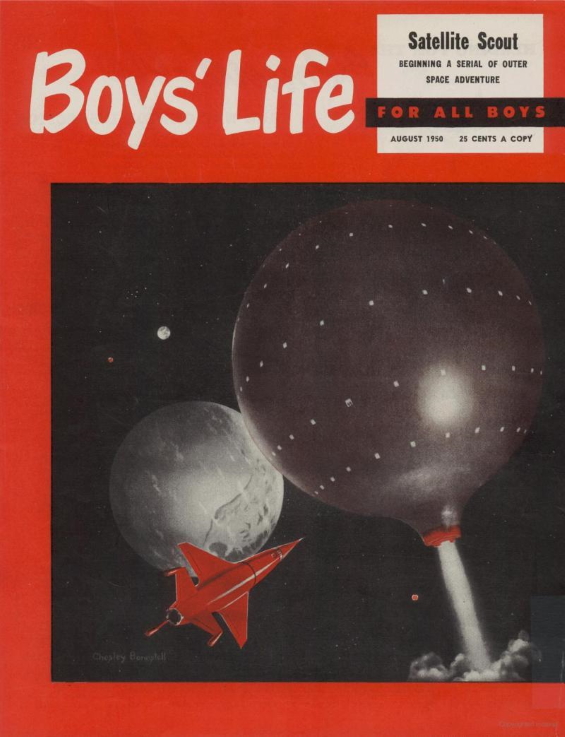 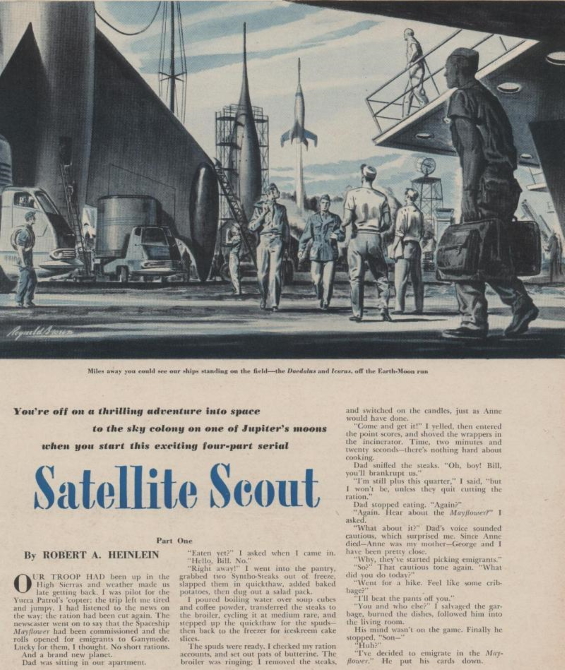 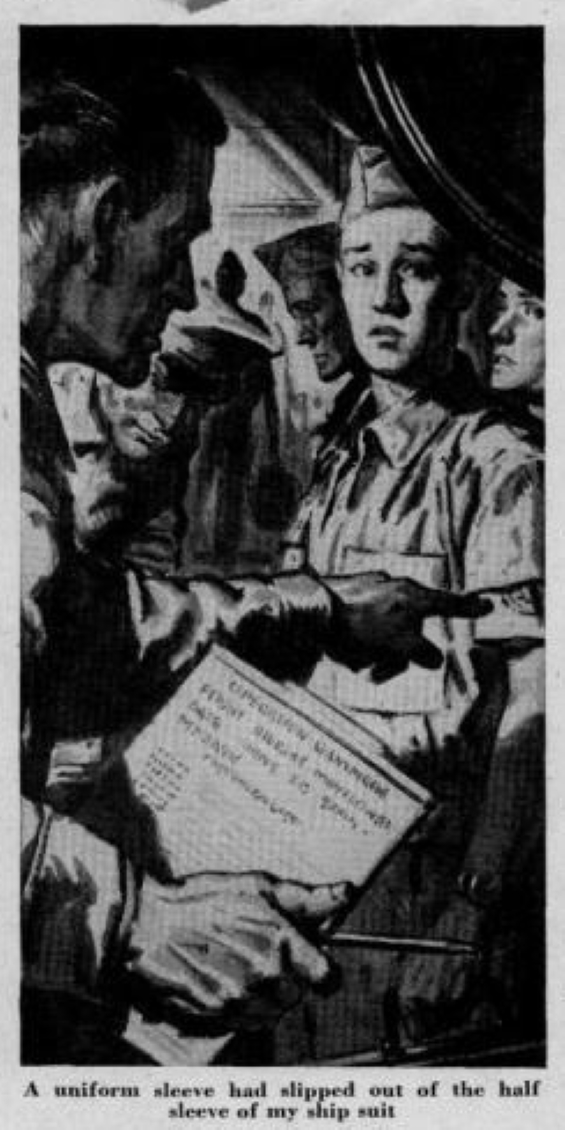 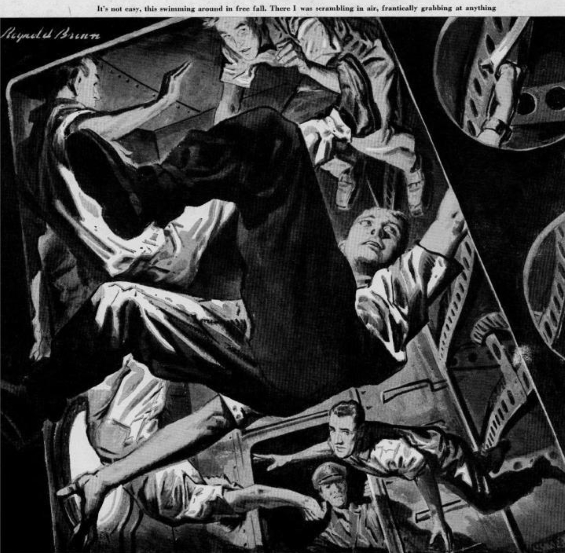 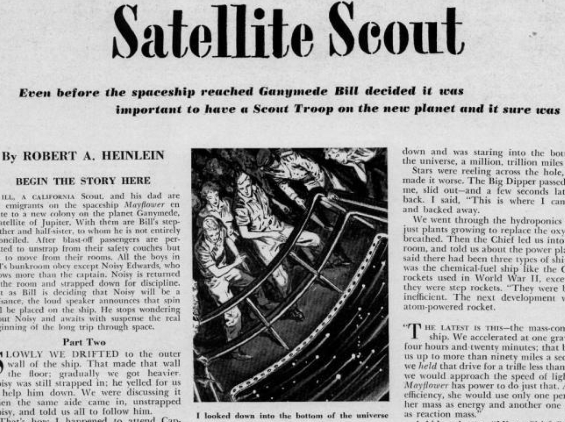 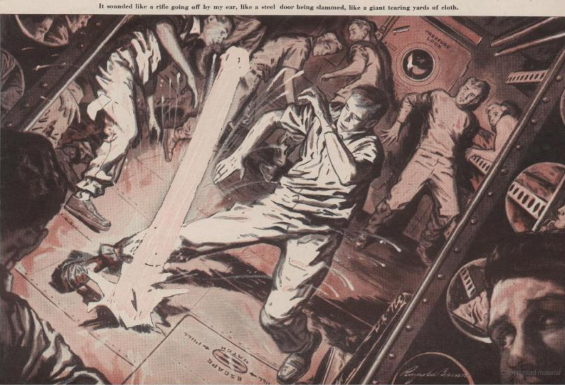 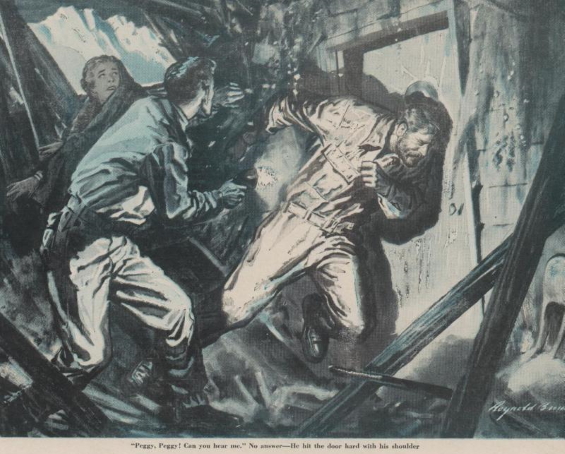 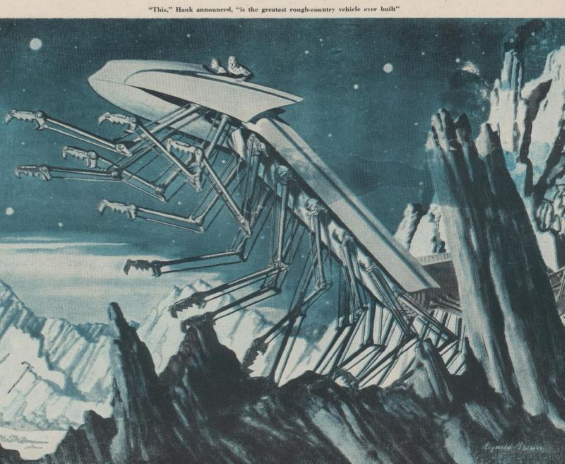 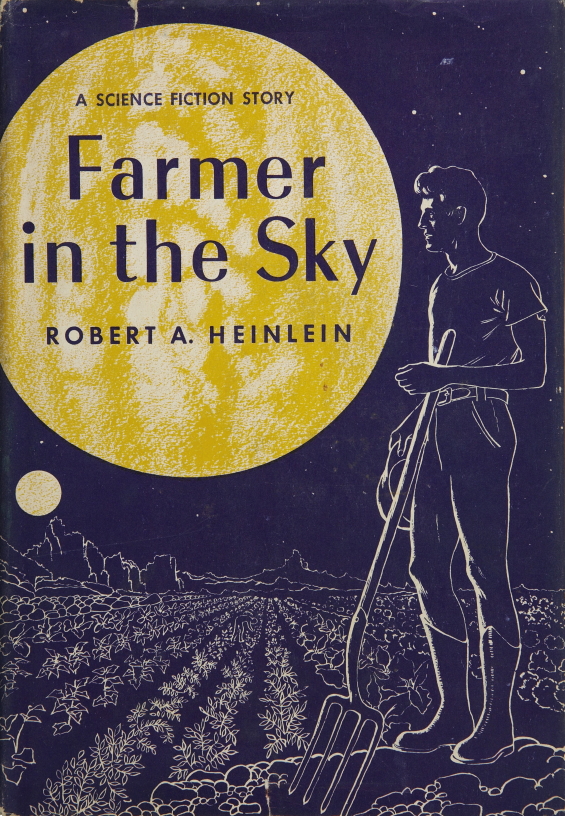 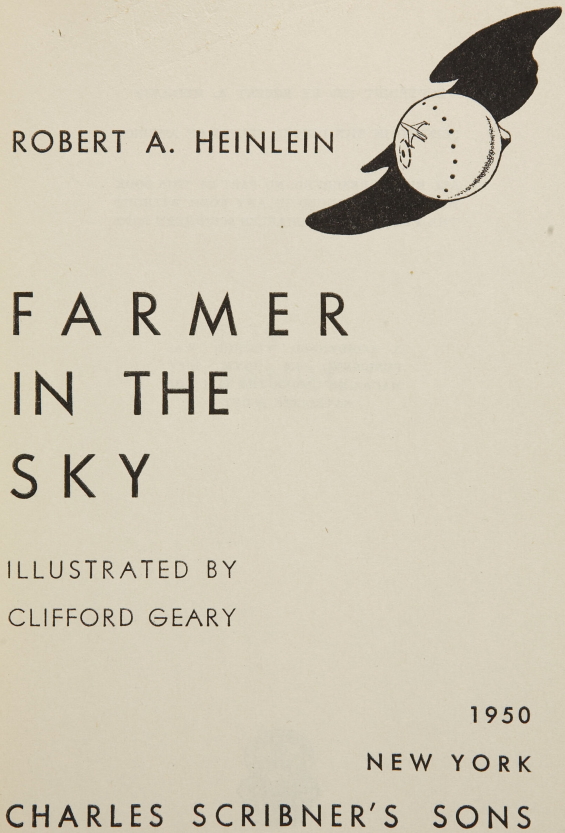 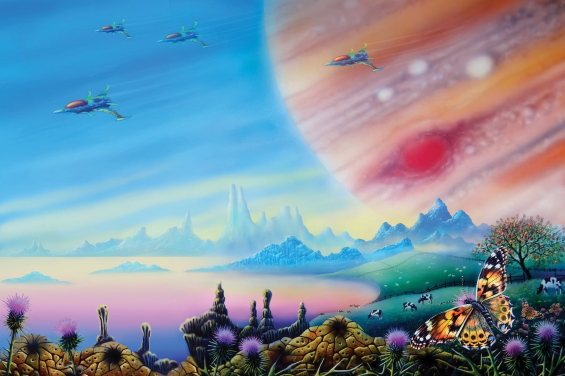 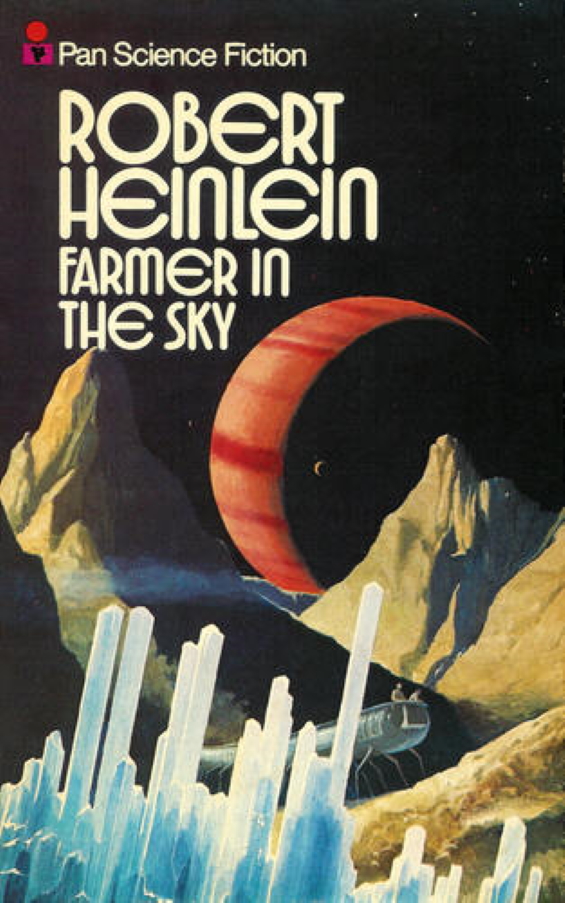 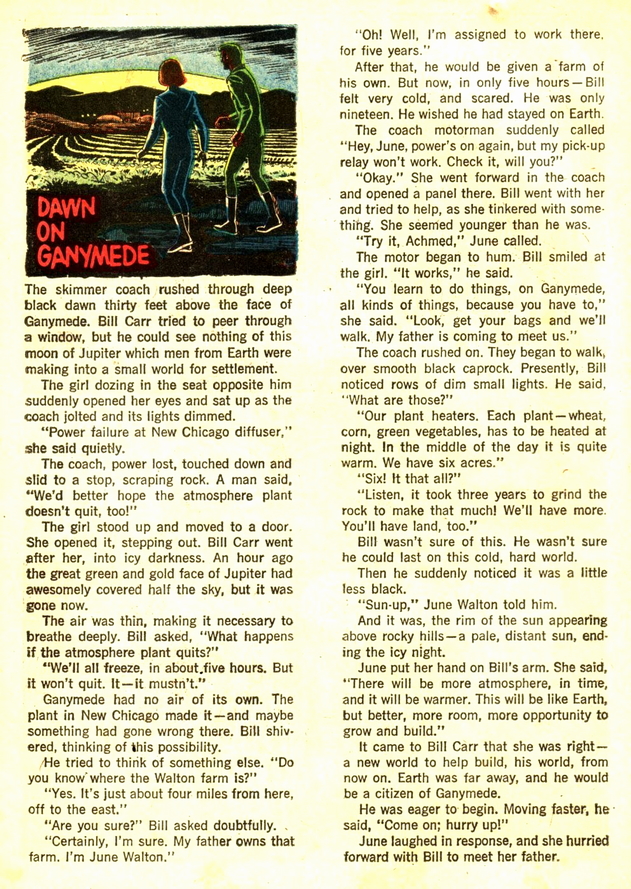 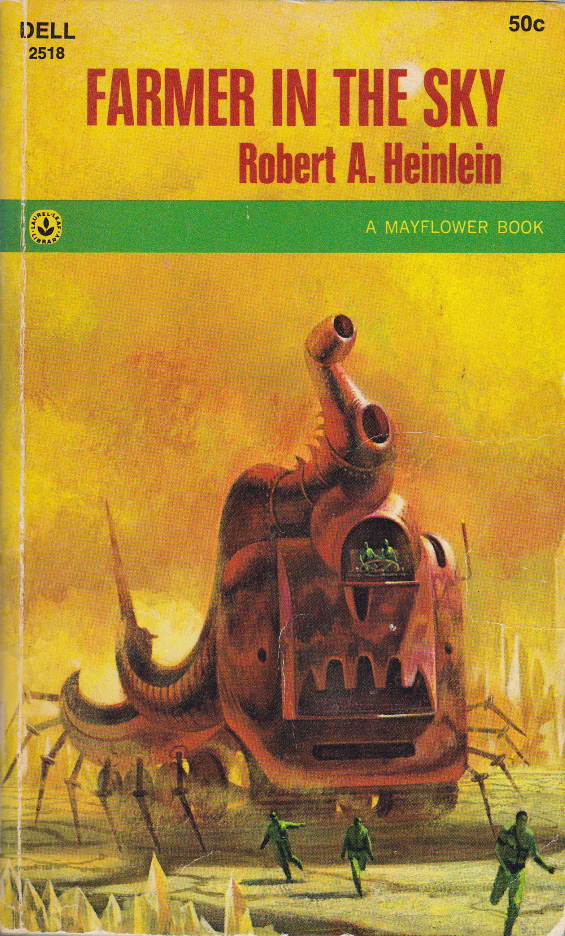