The SFFaudio Podcast #622 – Jesse, Paul Weimer, Maissa Bessada, Evan Lampe, Will Emmons, and Olav Rokne talk about Between Planets by Robert A. Heinlein

[“We’ve got all day,” he cautioned Lazy, “so don’t get yourself in a lather. That’s a stiff climb ahead.” Don was riding alone because he had decked out Lazy in a magnificent Mexican saddle his parents had ordered sent to him for his birthday. It was a beautiful thing, as gaudy with silver as an Indian buck, but it was as out of place at the ranch school he attended as formal clothes at a branding—a point which his parents had not realized. Don was proud of it, but the other boys rode plain stock saddles; they kidded him unmercifully and had turned “Donald James Harvey” into “Don Jaime” when he first appeared with it.] 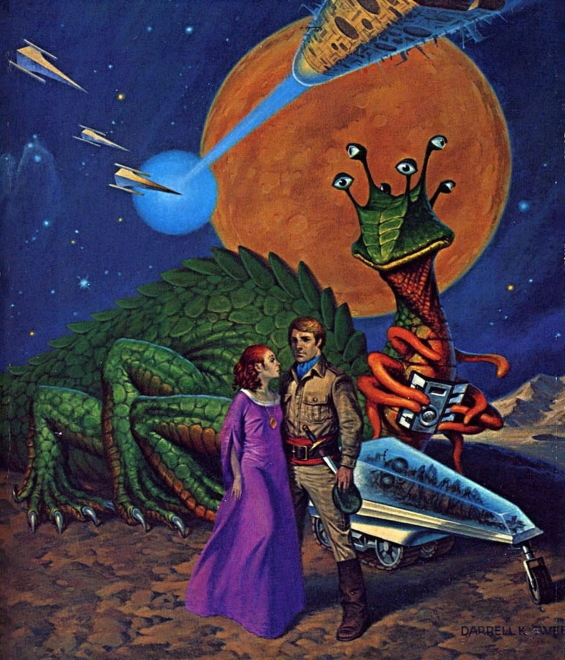 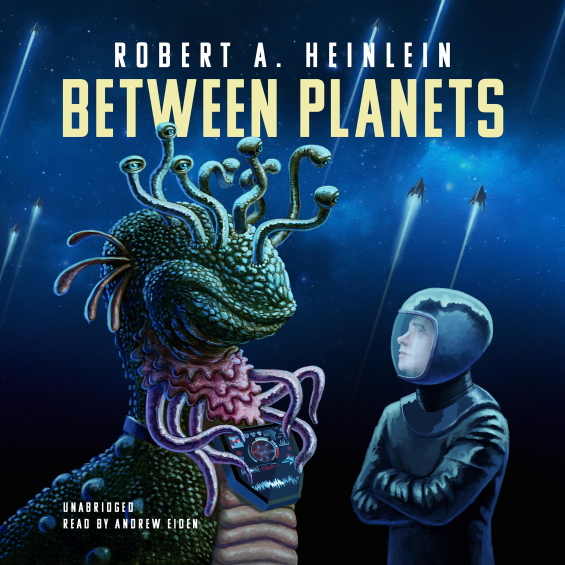 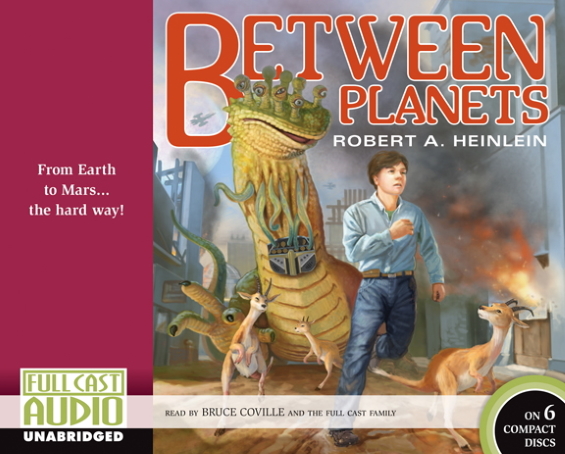 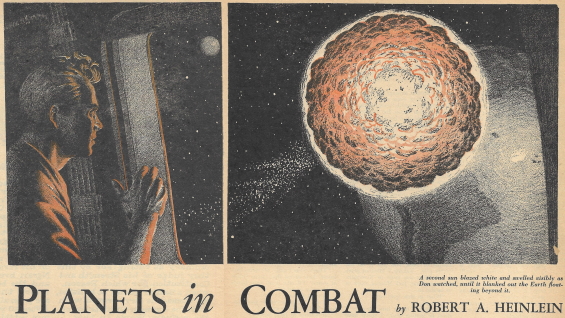 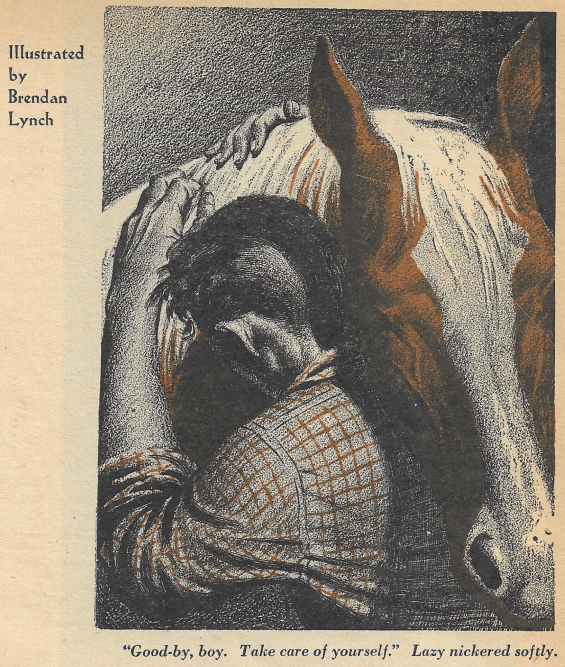 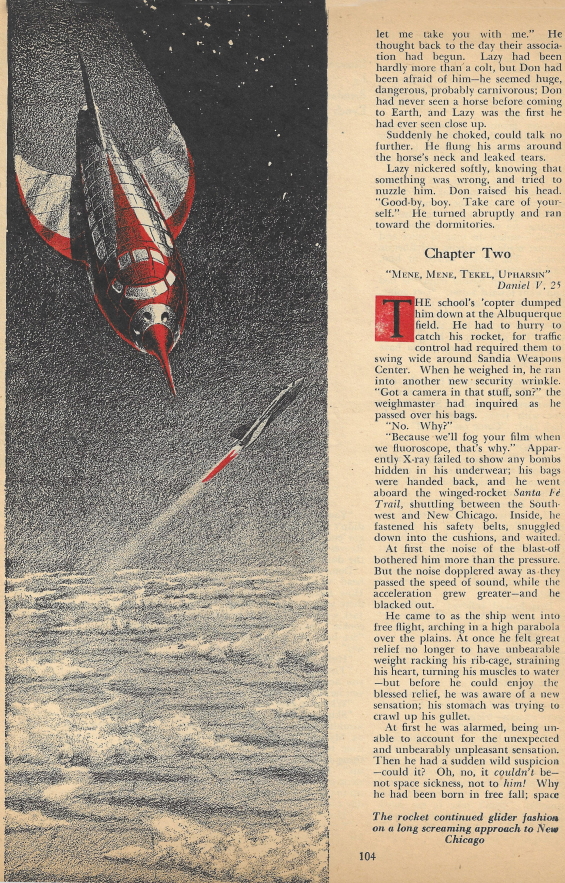 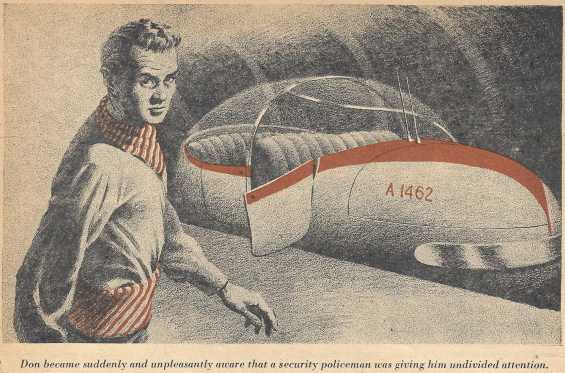 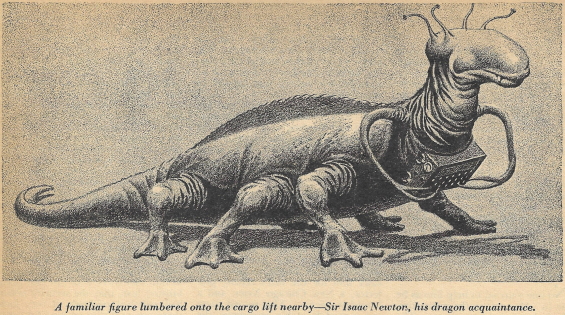 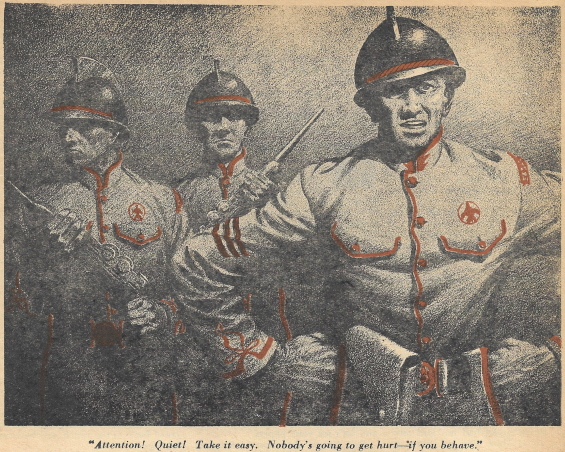 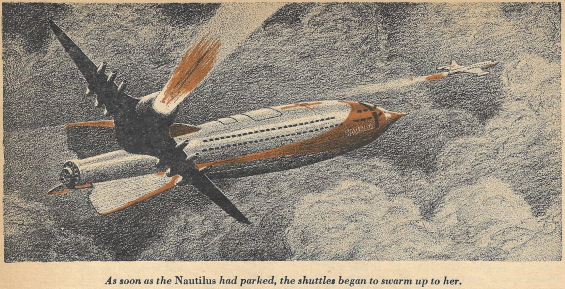 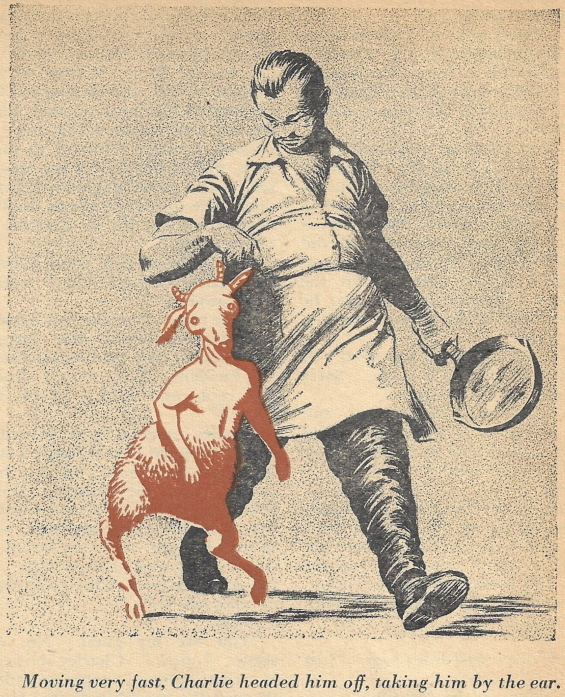 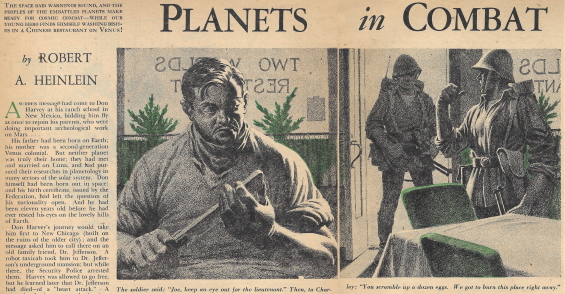 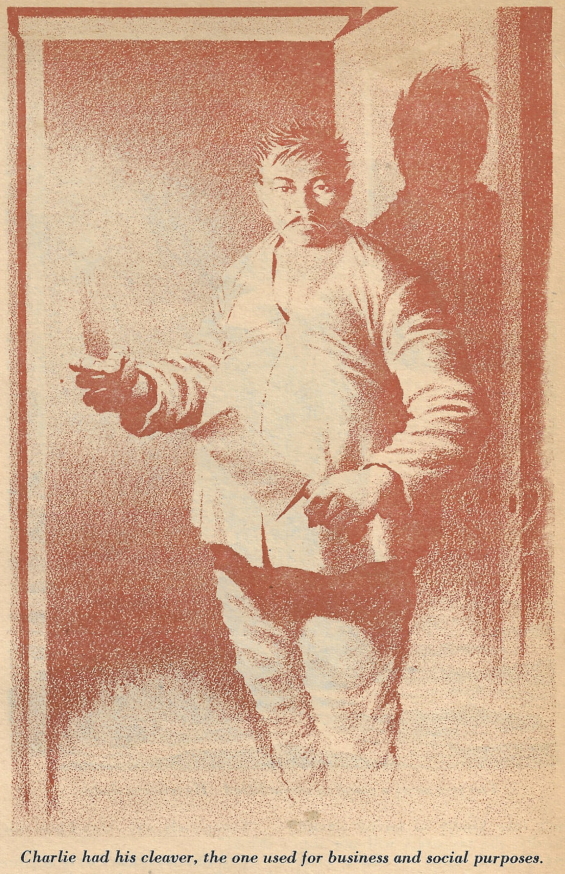 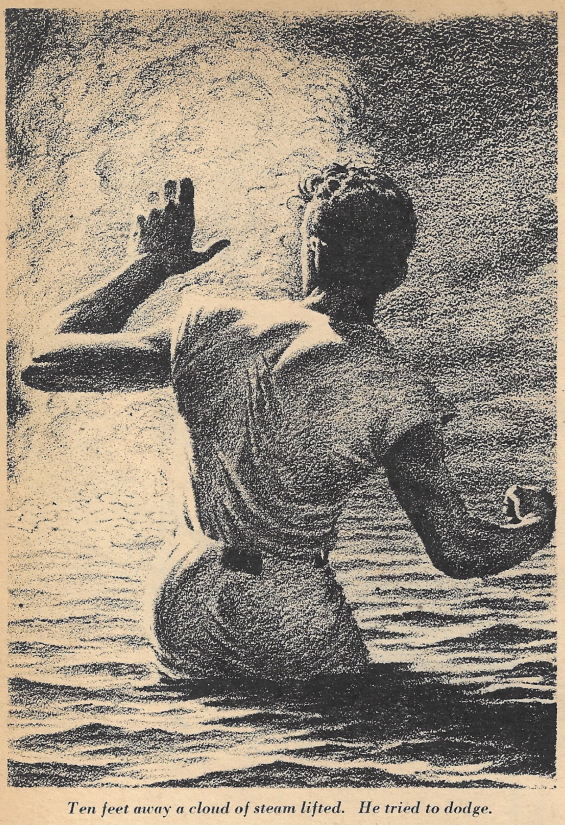 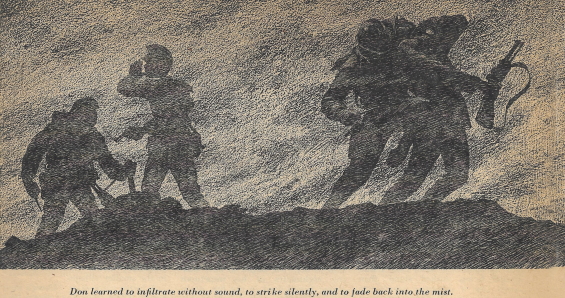 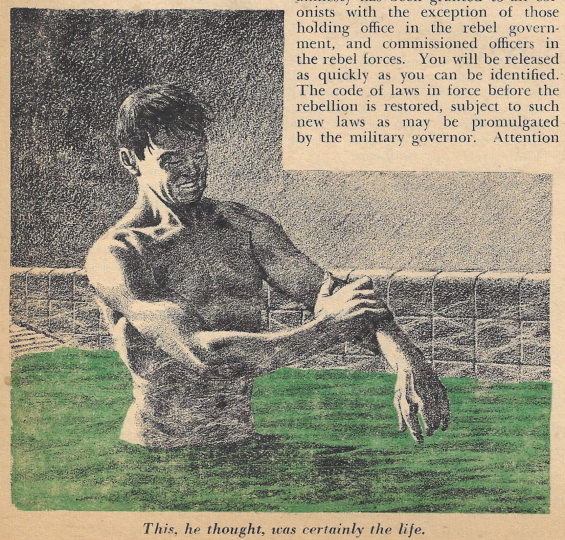 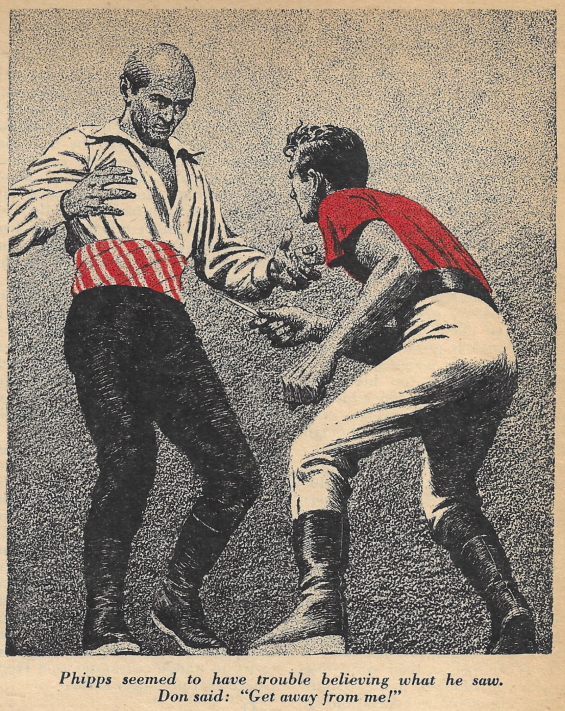 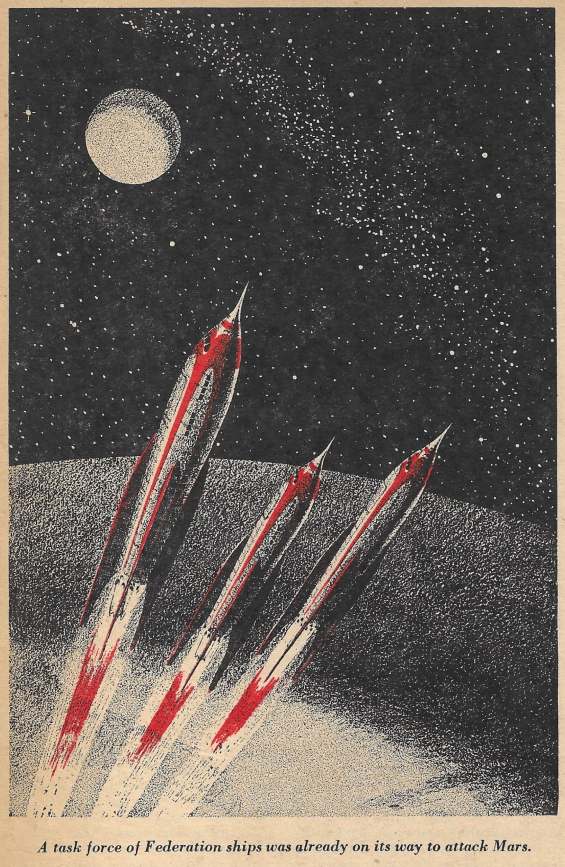 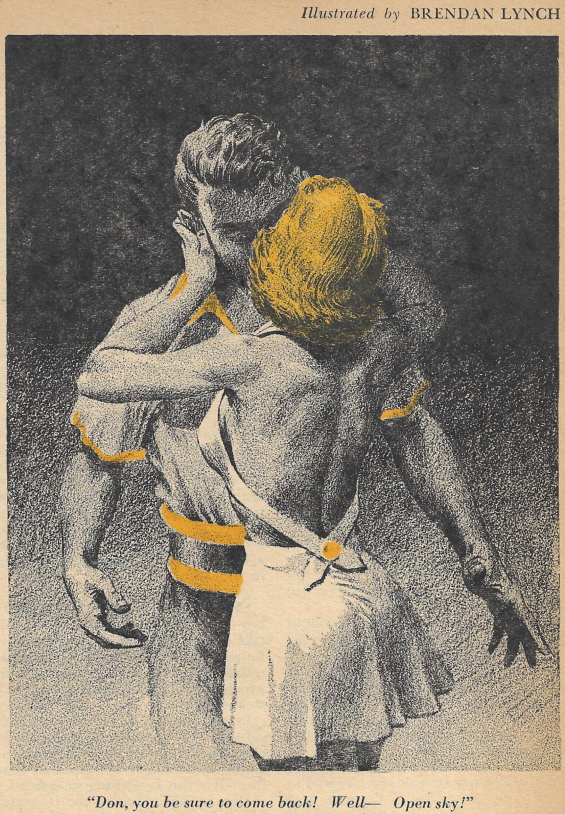 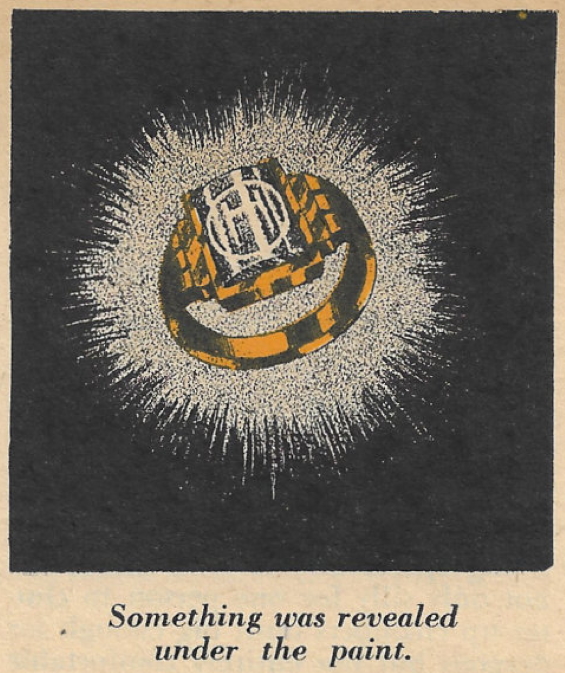 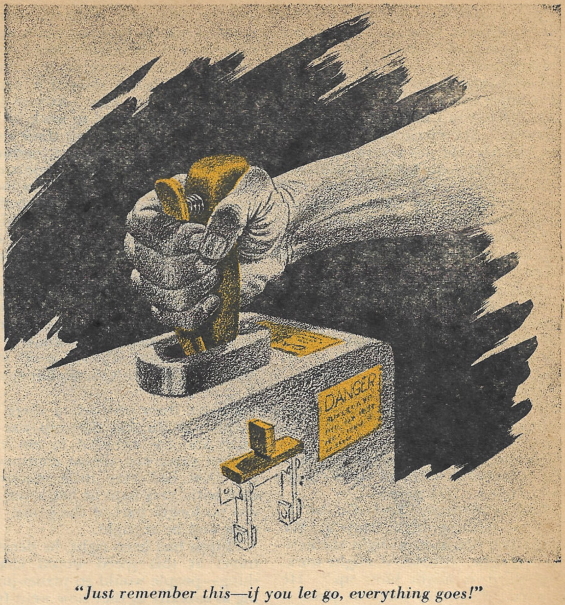 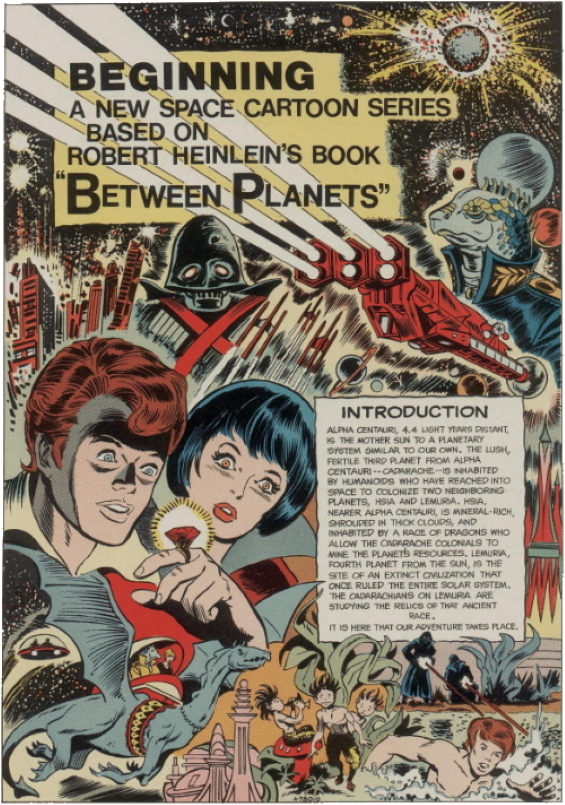 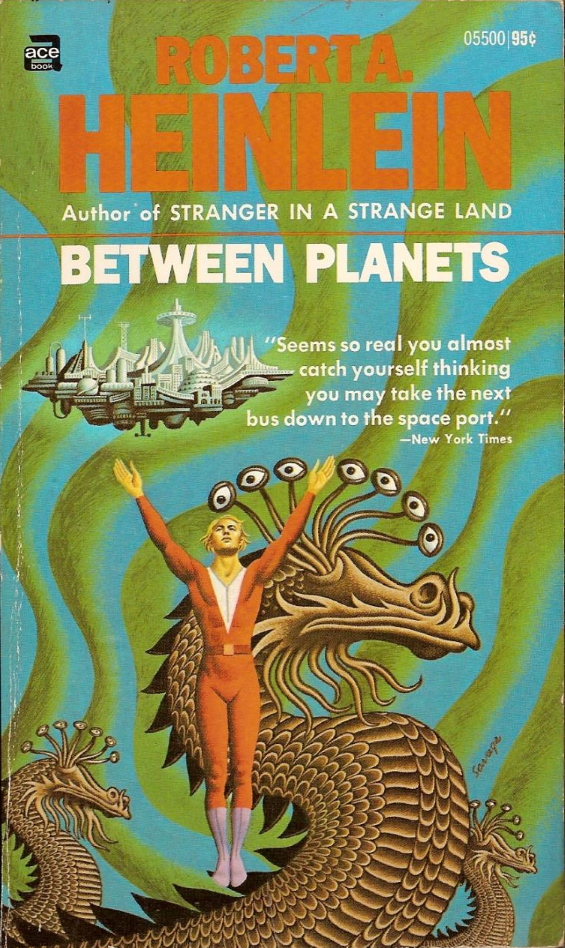 Hot on the heels of the New York Times bestseller William Shakespeare’s Star Wars comes the next two installments of the original trilogy: William Shakespeare’s The Empire Striketh Back and William Shakespeare’s The Jed Doth Return. Return to the star-crossed galaxy far, far away as the brooding young hero, a power-mad emperor, and their jesting droids match wits, struggle for power, and soliloquize in elegant and impeccable iambic pentameter. These two plays offer essential listening for all ages. Something Wookiee this way comes!

Ian Doescher is back with more Shakespearian Star Wars as he progresses through the original trilogy. The Empire Striketh Back is very similar to Shakespeare’s Star Wars with some minor differences. As before, if you like Star Wars and Shakespeare you will probably enjoy this book…especially if you liked the first one. I think this book comes across a bit more silly than the first which is unfortunate because The Empire Strikes Back is the darkest part of the trilogy and some of that emotion is lost due to the silliness. That said, Doescher once again does a fantastic job putting everything into iambic pentameter and even mixes things up with some prose and even haiku with different characters.

The Shakespeare/literary side of this book is really well done, almost to the point that I would say this book would be a great device for teaching disinterested kids about Shakespeare without them reading Shakespeare. Doescher is more varied in his use of literary tools and explains a few of the differences in this book from the first in an afterward. I really wish that was at the beginning so I could be on the lookout for Boba Fett’s use of prose (I noticed that), Yoda speaking in haiku (I didn’t notice that), and his relying less on the chorus to explain scenes (I noticed this a bit since the characters explained more of what’s happening). The fact that he was able to do the whole book in iambic pentameter (complete with rhyming couplets) and also integrated some haiku is an impressive feat of work. Doescher also makes really good use of soliloquy and aside to explain character motivation for things like the budding relationship between Han and Leia, Lando’s motives, and what R2D2 is thinking at times. This allows him to flesh out things left to physical acting in the movies or description/narration in the novels.

While the book is technically impressive, the writing is approached like Renaissance faire Shakespeare and has a bit of a silliness aspect to it. This works great normally but definitely takes away from the emotion of things happening, especially later in the story (in Cloud City). The main silly aspect that got me was the singing. Shakespeare did have songs in many of his plays but singing ugnaughts and a song from Leia and Chewbacca come across as silly (at least they definitely did in the audiobook). The ugnaughts (picture the pig faced short guys working the incinerator room and carbon freezing chamber of Cloud City) came across like Oompa Loompa’s from the Charlie and the Chocolate Factory movie. The Leia and Chewbacca song also comes at a time of great loss and just feels out of place. There is other silliness that works well (a discussion of why places like the Death Star and Cloud City need to have large open spaces adjacent to walkways is one) so just consider me overly sensitive with my Empire Strikes Back. ;-)

I really enjoyed this as an audiobook and think it’s the preferred way to experience this telling of the story. The cast does a great job with all impressions and the music and sound effects are some of the best you’ll find in a Star Wars book. I mainly say that because all the sound effects and especially the music have a place that goes along with what’s happening in the story (I’m big into soundtracks and this was a huge factor for me). I have to admit that I was a little sad that it was over so soon because the performance was very enjoyable. I’m definitely looking forward to the conclusion of this Shakespearian trilogy. This is the third book in the Bayern series by Shannon Hale. I fell in love with the series when the first book, “The Goose Girl” came out. Each book stands alone, but each also continues the story of the characters in the other books.

This book features Isi and Enna’s friend, Razo. He is selected to join Enna, Finn and a company of Bayern’s Own to travel with the Bayern Ambassador to ensure that the Tiran Assembly votes for peace and not to start another war.

Razo has no idea why he was included, but when he finds a burned body, he knows it is up to him to find out what is going on while keeping the deaths a secret from Tira.

The story is engrossing, entertaining and enchanting. The ending leaves you satisfied and ready to look for the next book. I love Hale’s writing style, her way with words, and I love Full Cast Audio, where every book is unabridged, family-friendly and, as the name states, full cast.

Although this book can be read without the others, I highly recommend starting with “The Goose Girl.” Then read “Enna Burning.” After you finish “River Secrets,” get “Forest born.” All are well worth your time and money. On a scale of one to ten, I give this a nine. In from the always excellent Full Cast Audio are two classic Heinlein novels! Matt Dodson arrives at Space Academy little prepared for the rigorous program he is about to enter. But that’s the point of the academy: to take young men and steep them in a demanding tradition of honor, courage, and sacrifice until they have earned the right to join the Patrol as guardians of the solar peace.

Unfortunately, even the academy’s high power training can’t completely prepare Matt and his friends Tex and Oscar for the harrowing test of both survival and diplomatic skills they will face when a mission goes disastrously wrong.

A classic coming-of-age tale, and one of the most influential books in the history of science fiction, Space Cadet features the compelling mix of wit, action, and a clear vision of the future that are the hallmarks of Heinlein at his best. When Don Harvey’s parents abruptly summon him from school on Earth to join them on Mars he has no idea he’s about to be plunged into a deadly interplanetary intrigue. But from the moment he begins his journey he finds himself the subject of intense – and possibly deadly – scrutiny.

A riveting coming of age story set against a backdrop of a war between planets, this classic Heinlein novel crackles with action, adventure, politics, wit, and brilliant speculation about the world to come.