I’m writing about what I listen to, what it makes me think about and what you might find interesting. Let me know if you think there’s something important I’m missing and if there’s a SFF related podcast you listened to during the week (no matter when it was published) that I should spotlight here.

I’m still catching up on the SF Squeecast. This week I listened to Episode Two: Dystopia A-Go-Go!. It’s a stretch to wrap the label of dystopia around the particular squeeables, much less the places the discussion wanders, however they cover some fun stuff. I like their coverage of David Louis Edleman’s Jump 255 series. I read and loved Infoquake. I really should go back and read the rest. I love how passionate and detailed reviews of music (even music I may not care for) can be. In this case, our panel of designated squeers really bring David Bowie‘s Outside to life. I’ll definitely be giving this concept album a listen. The post-apocalyptic novel The Chrysalids by John Wyndham and an episode of the cartoon Phineas and Ferb round out the discussion. |MP3|

I listened to two Beneath Ceasless Skies stories this week. Both dealt with ways in which magic users are oppressed. The magic in Gone Sleeping by Heather Clitheroe |MP3| had horrific cascading consequences. It’s interesting how we assume a naive child narrator to be unreliable, but she’s been told stories and been given warnings… The Magick by Kristina C. Mottla |MP3| involves slavery. It’s a slavery built on fear of the other, but much like in Gone Sleeping it is magic users that are feared. The magic is more controlled in this story, but obviously there are two meanings for control in this case. These are both decent fantasy stories, but they’re even stronger side by side.

I’m not sure if the Angry Robot Podcast, hosted by Mur Lafferty, is still a going concern. It’s definitely not playing nice with Google Listen and the last episode was released in July. Huffduffer may have to come to the rescue. I listened to episode #11, an interview with Lavie Tidhar. I’ve really enjoyed Lavie’s short fiction and he gives a great interview. Definitely need to read one of his novels. The interview focused on Camera Obscura, sequel to The Bookman (both from Angry Robot), but also discusses HebrewPunk, other books, and Lavie’s status as an international man of mystery. |MP3|

SFBRP #138 is a review of Gene Wolfe’s The Sword of the Lictor, 3rd in The Book of the New Sun. This is the first episode of this podcast I’ve listened to. While I was listening, I thought possibly that the podcaster, Luke Burrage, might me insane. I hoped that he was playing around with the unreliable narrator concept that’s one of the important components of this series. It turns out the latter was the case. For the record, Gene Wolfe is a master at this technique – Luke Burrage: not so much, but it was an amusing review. |MP3|

The Coode Street Podcast always provides a spectacular reading list. Gary and Johnathan mention scores and scores of books in a podcast, most of which they make me want to read. The same thing happens when they interview someone. In the case of episode #72 that would be Ian McDonald. His latest is the first in a young adult multiverse adventure called Planesrunner. This has been mentioned before on the podcast and sounds like a ton of fun. The discussion was pure gold for those of us that are fascinated by the publishing aspects of genre fiction. McDonald’s River of Gods, which was followed by the acclaimed progressively nearer future novels: Brazyl and The Dervish House, was published in the US by Pyr and marketed 100% as science fiction. However in the UK it was marketed as mainstream fiction by Simon & Schuster. Even if the mechanics of publishing bore you, McDonald has a very cool Bibliography and you’ll come out of this podcast wanting to read all of it. |MP3|

Writing Excuses 6.21 was hilariously awesome. All 4 brainstormed the kernel of a story from the same collection of random elements. Each of their processes are different and unique voices come through. Great stuff/Small package as always. |MP3|

There’s not much story in Joe Haldeman’s Never Blood Enough (Starship Sofa 208). The world building is pretty intriguing and the main character is as well developed as space allows, however, the story is murder mystery. What could the murderer be on a planet of dangerous lifeforms? Possibly a dangerous lifeform… As a subplot in a larger work, this might have more meat. There’s more than just one story in an episode of Starship Sofa. I’m quite surprised how much I enjoy the Poetry Planet feature. It was good to hear that Tobias Buckell’s Kickstarter program worked and he’ll be writing the rest of his space opera series. I quite enjoyed all 3 of the previous novels Crystal Rain, Ragamuffin and Sly Mongoose. Be sure to check out the sneak peak of Apocalypse Ocean he gave us in Placa del Fuego. |MP3|

Sometimes, listening to two new voices on a podcast it’s difficult to tell them apart. Andy Duncan and Jeff Ford (Locus Roundtable Podcast) have VERY distinct accents so this wasn’t even vaguely a problem. I’d just read Ford’s Bright Morning that was mentioned near the end of the podcast, so it was quit interesting to hear the discussion of writers inserting themselves into their stories. The discussion was heavily weighted in the direction of “what can be done with fiction” vs “how does it happen.” I’m realizing more and more that that’s an important distinction. The more I write about discussion podcasts the more I want a better vocabulary for what TYPE of discussion podcast it is. I’ll explore this in a dedicated post. |MP3|

And the final podcast for the week, SFFaudio #97. I listened to this as the sun set while literally parked on the 405 (I was about 100 yards away from a motorcycle vs big-rig accident that had shut down the freeway), so I probably payed a bit more attention to it than I otherwise would have. They discussed Jose Luis Borges’ The Garden of Forking Paths and Fair Game by Philip K. Dick. I was introduced to the Borges story by my academic adviser during a quantum mechanics class he was teaching and I was not groking. Interestingly I was introduced to Borges for the first time during a mathematics seminar by a visiting professor who specialized in the math underlying String theory. Borges’ writing is fractal. The deeper you dig into it the more you find and the more it makes sense (or the more confused you get – most often both if you really understand the issues he’s wrestling with.) Grab a collection of Borges Collected Fictions. And keep it close at hand for when you need some mental exercise. Fair Game sounds neat too. |MP3| 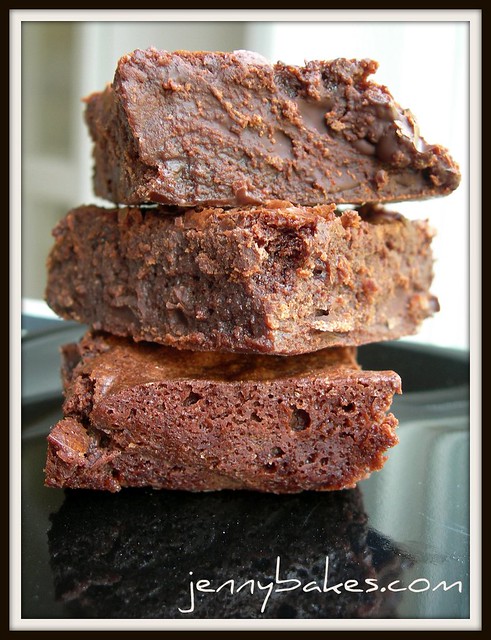 The Faster Than Light “radio show” and podcast, originating from Australia, offers plenty of interviews of interest. Each program also has reviews of new and classic Science Fiction books.