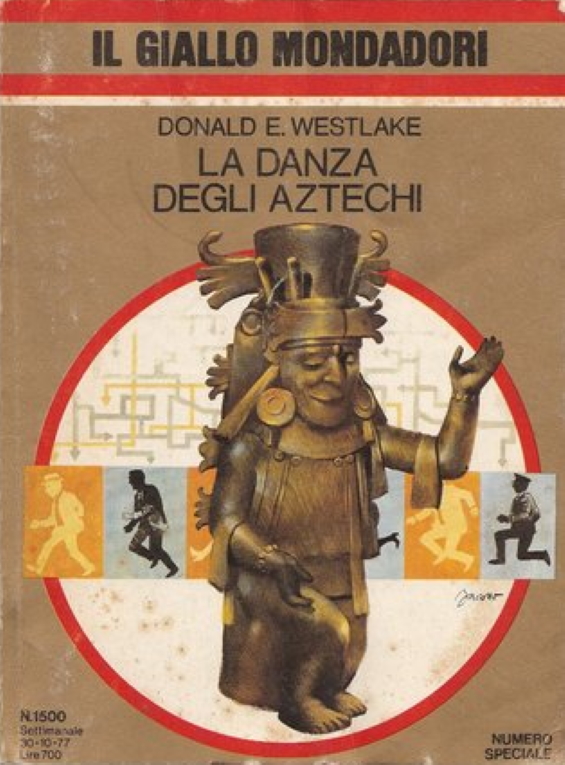 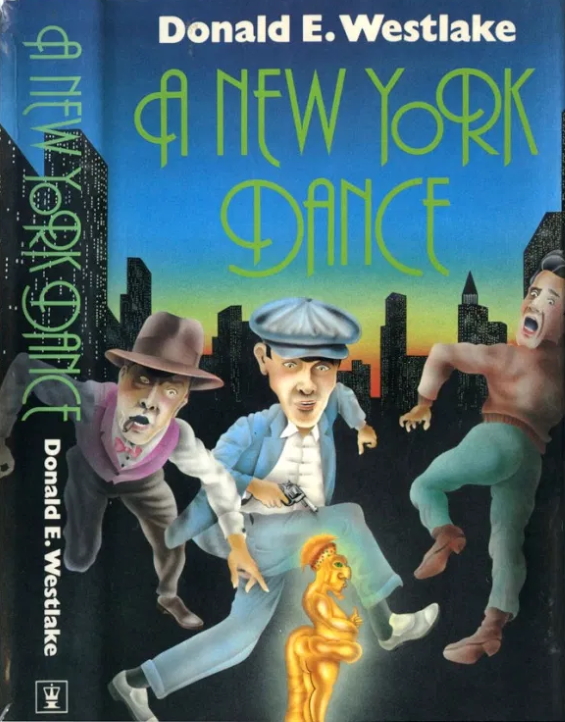 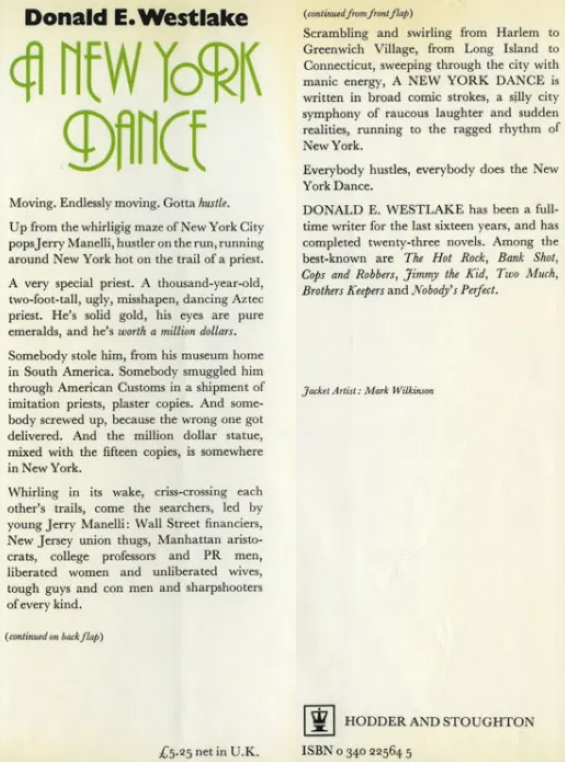 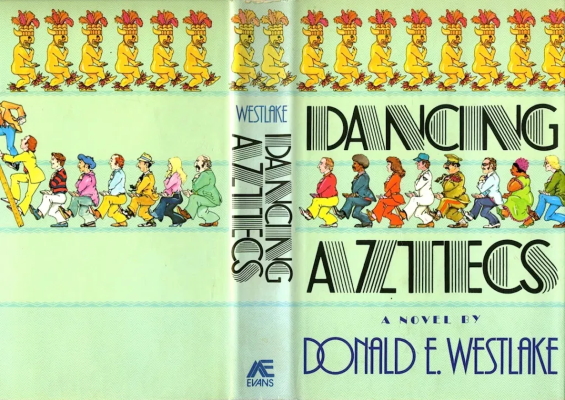 Blood From A Turnip was first published in Collier’s, December 20, 1952.

Forever After was first published in Shock, May 1960.

“Yeah. All right, this is what I’ve been thinking. To begin with, every man has to have either a home or a purpose. Do you see that? Either a place to be or something to do. Without one or the other, a man goes nuts. Or he loses his manhood, like a hobo. Or he drinks or kills himself or something else. It doesn’t matter, It’s just that everybody has to have one or the other.”

drinking, “there’s no one more pissed off than this guy”, “the drifter mentality”, how Westlake handles supporting characters, the lawyer’s secretary, the cowardly private detective, honesty vs. duplicity, hardboiled vs. noir, House Of Lords (whiskey), get a job at Walmart vs. take over the mob, Florida, Bill’s suicide, going on a drunk, identity, solider vs. airman, he’s not his father’s son, he’s not his brother’s brother, Charles Ardai, the absence of women, the Hard Case Crime cover (by Richard B. Farrell), Lawrence Block, “A Sound Of Distant Drums” is a long running literary joke, Westlake characters generally read paperbacks, Paul Kavanagh novels, Not Comin’ Home To You, Such Men Are Dangerous, a purposeless ex-military guy living on a deserted island in the Florida Keys, The Green Eagle Score, The Black Ice Score, The Blackbird, Grofield, University Of Chicago Press editions with introductions by Lawrence Block, Block’s Bernie Rhodenbarr’s “Burglar” books, murder mystery vs. identity mystery, Burglars Can’t Be Choosers, The Burglar Who Traded Ted Williams, The Burglar Who Painted Like Mondrian, did Westlake mature out of Parker?, Flashfire, Jason Statham as Parker, Payback, The Hunter, The Man With The Getaway Face, The Mourner, The Score, Two Much, Cops And Robbers by Donald Westlake, the way Westlake paints characters, The Hot Rock, humorous writing, the competent Parker vs. the hapless (bad luck) Dortmunder, Robert Redford, What’s The Worst That Could Happen, The Comedy Is Finished, Donald E. Westlake: an annotated bibliography by David Bratman, coffee, Idi Amin, sadly there is no biography of Donald E. Westlake, Matthew Scudder’s drinking problem, Eight Million Ways To Die, Telling Lies For Fun And Profit: A Manual For Fiction Writers, Lawrence Block should write a Parker book, race-walking, LawrenceBlock.com, Dan Simmons, Garry Disher, Hard Case, “361 is as hard-boiled as fiction comes”, Jim Thompson, The Jugger, Stephen King’s Misery is a spiritual successor to The Jugger, the pragmatism of celebrity/writer privacy, wheelbarrows full of books, too much of a good thing: “too many fans can interfere with your operation”, receiving unsolicited books, advanced reading copies, “it really clarifies your understanding of what your purpose is if you are confronted by a barrage of things that aren’t your purpose”, book tours do two things: sell books and reward the readers, Sheldon Lord, Lawrence Block’s sleaze books are coming to ebook, Random House, Lynn Monroe, Hellcats And Honey Girls, Subterranean Press, Robert Silverberg, Marion Zimmer Bradley, The Triumph Of Evil, Double Indemnity, The Postman Always Rings Twice, Bravo Two Zero by Andy McNab, A Drop Of The Hard Stuff, Getting Off by Lawrence Block (Jill Emerson).

Talked about on today’s show:
Hard Case Crime, Gabriel Hunt (Hunt For Adventure), BBC Audiobooks America, iambik audio, Little Girl Lost by Richard Aleas (aka Charles Ardai), Audible.com, Songs Of Innocence by Richard Aleas (aka Charles Ardai), the best kept secret in the audiobook world, L.J. Ganser, The Confession by Dominic Stansberry, Money Shot by Christa Faust, Noircon, The Bobbsey Twins, Edward Stratermeyer, Titan Books, Choke Hold by Christa Faust, Porn + Mixed Martial Arts, “book reviews aren’t generally found in the adult film industry magazines”, the porn industry vs. newspaper publishing vs. podcasting, the Quarry series, Max Allan Collins, Road To Perdition, Dorchester Publishing, Random House, HCC is a NEW Lawrence Block novel, The Girl With A Long Green Heart, Killing Castro by Lawrence Block |READ OUR REVIEW|, Grifter’s Game |READ OUR REVIEW|, re-numbering the HCC series, “this is a book that demands a naked woman on the cover”, “this the nakedest cover we’ve ever done”, Getting Off by Lawrence Block (writing as Jill Emerson), paperback book, the Gold Medal books, Max Phillips, Dell Mapbacks, Ace Doubles, Robert Bloch, Nightstand Books, Robert McGinnis, Glenn Orbik, an upcoming HCC book (HCC-102) is a collaboration between two major writers one deceased one alive, Memory by Donald Westlake, SFFaudio Podcast #082, there is a ANOTHER NEW unpublished Westlake novel coming to HCC in 2012, The King Of Comedy, Honey In His Mouth by Lester Dent, hard core aficionados, The Dead Man’s Brother by Roger Zelazny, Will Murray, Ken Bruen, Jason Starr, Fake ID, Bust, Slide, Max, finding HCC in bookstores will be nearly impossible until January 25th 2011, The Valley Of Fear by A.C. Doyle is a well known public domain novel cleverly disguised (for fun), Gabriel Hunt: Through The Cradle Of Fear by Gabriel Hunt (aka Charles Ardai) |READ OUR REVIEW|, the tradition of dressing up old books with new art – conning the reader into reading classic literature, Edgar Allan Poe, Sherlock Holmes, the most hard-boiled of the Sherlock Holmes novels, the Lion Books edition of Frankenstein, the pulp tradition, being playful with the book-buyer, the first hardcover HCC, Fifty To One by Charles Ardai is a book for bookcovers, Subterranean Press, Otto Penzler, a hardcover edition of Memory by Donald E. Westlake, the new paperbacks (with Titan Books) will be trader-paperbacks, the mass market paperback business is difficult if you’re not named Dan Brown, paperback book collecting is crazy, who is modeling Naomi Novick, the Quentin Tarantino Roast, Michael Madsen, Steve Buscemi, Fade To Blonde, Witness To Myself, woman on the cover sells, The Great Gatsby, Cornell Woolrich, Quarry’s Ex, the new sexiness on the covers is because HCC won’t be sold in the mass market format, Jim Thompson, Fright by Cornell Woolrich, Stanley Kubrick commissioned Jim Thompson film script, Richard Stark, Somebody Owes Me Money by Donald E. Westlake |READ OUR REVIEW|, a sequel to Somebody Owes Me Money?, the nephew books, Max Allan Collins, the problem with James M. Cain, Jealous Woman, Sinful Woman, Black Lizard books, The Cocktail Waitress (an unpublished James M. Cain book), John D. MacDonald, knocking my socks half-way off, send Charles Ardai your suggestions and submissions, The Colorado Kid will soon be very hard to find (it is out of print), The Valley Of Fear (the HCC edition is out of print), where are the HCC posters?, HCC t-shirts, Hunt For Adventure will be coming in trade-paperback, Hunt Through Napoleon’s Web, Hunt Among The Killers Of Men, where is the adventure fiction section of bookstores?, “the coffin of Atilla the Hun”, Nor Idolatry Blind The Eye by Charles Ardai, Indiana Jones, Best American Noir of the Century, Otto Penzler’s upcoming adventure anthology, why are there no adventure magazines?, Five Graves To Cairo, The Treasure Of The Sierra Madre, Argosy, a Gabriel Hunt adventure magazine?, adventure comics?, Prince Of Persia, the Gabriel Hunt bible, Gabriel Hunt fan-fiction is a-ok with Charles Ardai.