Talked about on today’s show:
Straight waistcoats, the audiobook, the Leslie S. Klinger annotated Dracula, Dracula (1931), Bela Lugosi, The Horror Of Dracula (1958), the 1977 BBC miniseries Count Dracula, the Richard Matheson’s scripted Dracula (1973), Jack Palance and one armed push ups, the 1979 Frank Langella Dracula, the Bram’s Stoker’s Dracula (1992), “whoa Dracula, cool castle!”, Dracula: Dead And Loving It (1995), Love At First Bite (1979), George Hamilton, faithfulness, the Big Finish 4 hour audio drama of Dracula, Mark Gattis, Marvel’s Tomb Of Dracula comic, how big a deal Dracula is, Frankenstein, The Hound Of the Baskervilles, the Twilight series, Lifeforce, the Mercury Theater – Orson Welles version, Zoltan: The Hound Of Dracula (1978), Carpe Jugulum by Terry Pratchett, a modern vampire family, religion and symbols, don’t judge Paul, reincarnation romance, Mina is the reincarnation of Dracula’s wife, why do we need this reincarnation, The Nightmare Stacks by Charles Stross, an alien elven princess, an alien parasite, blood, fantasy science, Queen Of The Damned, Anne Rice, dominating vampires, collapsing or eliminating characters, illuminating and confusing, most interesting characters, Dracula’s dairy, The Dracula Tapes by Fred Saberhagen, Sherlock Holmes and Dracula, Renfield, Eric S. Rabkin, Harker as a mirror to Renfield, locked in a castle, eat this bird, hours of talking (no partaking), write letters, I’ve read all your letters, observing eating, Doctor Seward, gas-lighting, why is Renfield the way he is?, Dracula’s Guest, what contacts did Renfield have with Dracula?, the insane asylum, explaining to us what’s really going on, a Socratic question, why is Dracula interested in going to England in the 1890s?, Empire?, evolution, Van Helsing’s speeches, he’s a child, Kenneth Hite, MI5, the unredacted Dracula files, in the role playing setting, Dracula fought the Turks, Dracula was invited to England, The Great Game, the Hypnogoria podcast, wordless Dracula, once you go vampire you’re a feral beast, London, Corey Olsen’s Dracula at Mythgard Academy, Lucy is more sensitive, Renfield was open to the Count, other methods, “the blood is the life”, the Scooby gang, Renfield fighting Dracula, Mina, adaptors don’t know what to do with Renfield, Renfield never gets deleted, Renfield’s role, I wonder why they put that in there?, Renfield as a policeman in Whitechapel?, a little weirder, Renfield as transgender, Dracula likes sucking on women, breaking Renfield (instead of sucking his blood), if it isn’t just all about sex, more vitality, another reading, books about Dracula, Renfield as a John the Baptist character (a Harker or a herald), moving up the food chain, the Hammer movies, Dracula as a satanic figure, a most ancient vampire, the secret origin of Dracula in Chapter 18, many dealings with the evil one, an evil Hogwarts, the 10th student of the Devil, deconsecrating, Kim Newman, invasion literature, what if the Germans won WWI or WWII?, The Battle Of Dorking, a more subtle invasion, Lucy as Helen of Troy, multiple suitors who represent different classes and kinds of Englishness, Van Helsing as a kind of suitor, Carfax Abbey as Troy, everybody who meets her loves her, Lucy Westernra, light of the west?, the stealing and breaking of a marriage, West vs. Wast, good vs. evil, you can’t avoid the religion, Dracula as an inversion of Jesus Christ, selfishness vs. unselfishness, a sanguine temperament, banding together, resonating with humanity, the Lyceum theatre, a Greek temple, the guest host relationship, enter of your own free will, invitations, Dracula locks you in, Polyphemus, almost a French farce, obsessing over housebreaking, covering their asses in London, breaking the hinges off the door, why the gypsies are the bad guys, The Curse Of Strahd (Ravenloft), Romania, Transylvania, the Borga Pass, the two fingered salute, the evil eye, the heavy metal devil sign, extra garlic, Mina’s dairy, very superstitious = wisdom, recipes, comparing Dracula to Salem’s Lot by Stephen King, long council sessions, here’s what we know, coming out in the daylight, True Blood, burying those who will become vampires, Dracula has a dream, I never drink … wine, “it’s good!”, walking in daylight, why does Dracula go to the zoo?, the zookeeper and Dracula conversation, a symbolic element, the old sailor in the seaside cemetery, so much going on, extending life, immorality in the body vs. the soul, the tombstones, the lies, dragging the tombstones to Saint Peter, The H.P. Lovecraft Literary Podcast, he’s everybody, why is Dracula’s house empty?, the wiggling bag (with baby in), the lights on Walpurgisnacht, Halloween, the will-o’-the-wisp, the flickering corpse lights, gathering up local caches of gold, served by cows, chickens, and pigs, gothy junkies, he doesn’t have to dine on everybody he meets, tools, more discriminating about what you eat, the shaving glass, nobody wants to eat Renfield, what H.P. Lovecraft took from Dracula, The Call Of Cthulhu, if I was Dracula, 50 boxes, holy earth vs. unholy earth, a perversion, the question of Dracula cooking, looking at a beautiful girl, the Bloofer Lady, Jesse’s theory as to the meaning of “bloofer”, nobody has jobs, presuming beautiful as the meaning vs. having blue fur, bat and gas, a wolf and a werewolf, blue fur lady, the kids are very free-range, cockney urchin speak, Our Mutual Friend by Charles Dickens, one really interesting thing, Dracula’s Brides (or Wives), breaking the rules, the novel is about marriage, Lucy talks about her suitors, I wish I could have more than one husband, psychology, the sexuality of Dracula, Lucy’s bedroom visitors are her suitors, she loves them all, Harker’s photo of Mina or Lucy and Mina, why Dracula focuses on them, a weird relationship between the four suitors, Quincey Morris, Pampas, vampire bats, vaquero, world adventurer, Doctor Seward, Lord Holmwood, Abraham Van Helsing, intravenous bodily fluids, candle spills sperm,

Van Helsing went about his work systematically. Holding his candle so
that he could read the coffin plates, and so holding it that the sperm
dropped in white patches which congealed as they touched the metal, he
made assurance of Lucy’s coffin. Another search in his bag, and he took
out a turnscrew.

non-sexual connotation, Moby Dick by Herman Melville, sounding like Eric S. Rabkin, seeing sex in everything, it’s weird, Mina’s child gets the name of all the men, their all the father of that baby, everybody knows that Dracula is all about the sexiness, all of the repression, literally stated in the diaries, this is the way I can get everybody, the perversion of the feeding, reading backward, Carmilla by J. Sheridan Le Fanu, how things become popular, how repressed the Victorians weren’t, a golden age of brothels and hookers, crimes against children, Stoker’s breaking a prime taboo in fiction, killing children, a comics adaptation, sexually charged scenes, Jesse completely disagrees, a technological novelty, a hysterical fit, we’re all married to her, an aura, investing it with something backwards, Paul watches the ping pong match, with modern eyes and sensibility, could they have used electric lanterns, even if it wasn’t intended, what does our Dr. Van Helsing say?, the coffin as another bed, a deliberate mirror of earlier scenes, stakes as totemic items, destroying the body so it ain’t gonna get up again, ultraviolence, garlic as an anti-septic, the staking of Lucy, a dark mirror, very nicely negotiated, reading differently, killing Lucy to save her soul, how good Mina is, the look of peace on Dracula’s face, he was a great, good, and wise man, restoring Dracula, giving the novel a closure, a sequel by Stoker’s great grand kid, our adventurers, how do we resurrect Dracula?, all the symetry that we like, the three brides and the three suitors, so meta, epistolary elements, a found footage book, Fangland by John Marks, how great this typewriter is, The Hawkins Papers, the H.P. Lovecraft Historical Society props, the writing, transcribing the wax cylinder, S. by Doug Dorst (J.J. Abrams), watching Dracula at the gym, it has legs, like The Lord Of The Rings, when you think vampire you think Dracula, what if Dracula doesn’t exist, a lot of insanity, a conniption, disease, marriage, insanity, a mundane book without Dracula, hysteria, secrets, Seward and Dracula and Harker, she has the brain of a man, Jim is brooding, invisibility, Nosferatu, shadow, mirrors, we don’t have reflections because we don’t have souls, vampires leaving the grave, a fat beached leech, more Dead And Loving It, ruder shadow, Van Helsing (2004), movie direction-style descriptions, a surprisingly modern novel, set slightly in the future, a Science Fiction novel?, audio notes, new theories, Kate Reed, the Dracula tv series, the Victorians (a mass of contradictions), Inventing The Victorians by Matthew Sweet. The SFFaudio Podcast #271 – The Prisoner Of Zenda by Anthony Hope; read by Andy Minter. This is a complete and unabridged reading of the novel (5 hours 30 minutes) followed by a discussion of it. Participants in the discussion include Jesse, Tam, Seth, and Paul Weimer.

Talked about on today’s show:
1894, the movies, Moon Over Parador, ripoff vs. homage, Dave, the Ruritanian influence, Robert Louis Stevenson, Sherwood Smith, a feminist Ruritanian romance, book trends, Seth kind of enjoyed it, put British taboos in a make believe country, accent on the romance, an eastern German state, the bathroom key in Spanish, to avoid research, a fake name for a real place, Bavaria, A Scandal In Bohemia by Sir Arthur Conan Doyle, the sister-in-law, Rudolph Rassandale as a pseudonym for Anthony Hope, autobiographical wish fulfillment, an author avatar, not exactly modern storytelling, a male romance, “getting close to something happening”, a chaste-ness, innuendos, what’s lacking in the non-comic book adaptations, red-headedness, the black and the red, Rose, the Red rose of Ruritania, “if it’s red it’s right”, Black Michael, the real king is a prat, the better man, Eric S. Rabkin is all about “food and sex”, Jesse is all about “it’s all a dream”, mirroring and inverting, The Prestige, Madame Maubin, the dream, Total Recall, doubling echoing, the attack plan, Rupert! Rupert!, a happy version of the drunk king, the drugged wine, half the kingdom, that’s really good writing, The Princess Bride, a Fantasy edgecase, is it Fantasy?, “wading in the waters outside the island of Fantasy”, adopted into Fantasy, Coronets And Steel by Sherwood Smith, Doctor Who, The Androids Of Tara, electro-swords in a feudal future, Double Star by Robert A. Heinlein, a professional actor, Mars as Ruritania, A Princess Of Mars by Edgar Rice Burroughs, Latveria (in the Marvel universe), Doctor Doom, just a time passer, a finite number of monarchs, Utopia by Sir Thomas More, the noble house of Elphberg (elf berg), Austria, the beautiful streets of Streslau, the tell-tale hair colour, the problem of cheating, the sequel Rupert Of Hentzau, Queen Victoria, The Red And The Black by Stendhal, George R.R. Martin, the ostensible antagonist is Black Michael but actually the baddie is Rupert, “he leaves bloody but laughing”, Rupert as a twisted version of Rudolph, Antoinette du Maubin, a female version of Rudolph, the two Rudolphs, about six months, a romantic trope, no consummation, everybody is cousins here, morganatic marriage, Randy not Randolph, Crusader Kings, Lord Burlsdon, this second son thing is what EMPIRE is all about, smoked in their smoking rooms, India, Afghanistan, North America, South Africa, who this book is for, the problems of aristocratic families, The Man Who Would Be King, the Wikipedia entry, Winston Churchill wrote a Ruritanian Romance, the restoration of a parliamentary system instead of a monarchy, so Churchill, Churchill turned down a Lordship, the suspension of disbelief issue, Colonel Sapt and Fritz, the country is run by like seven people, a kidnapper and a kingslayer, somebody is going to have to swim that moat, the missing cellphone, the moving mole, Robin Hood: Men In Tights, “is this gonna be a thing?”, Saddam Hussein’s doubles, Star Wars, Princess Amidala and whoever…, first person narration, the eggspoon, a new use for a tea table, An Improvement On Jacob’s Ladder, he likes that ladder a bit too much, Jacob (in The Bible) dreams the ladder, GOOD! 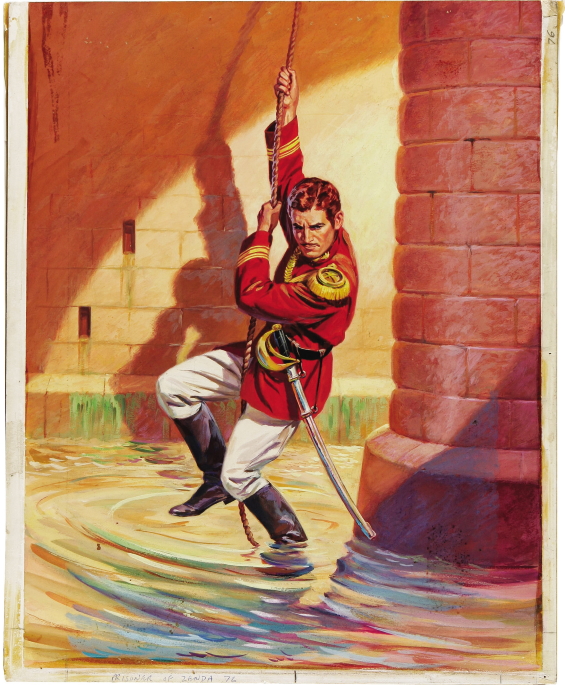