Seven Day Terror was first published in If, March 1962. 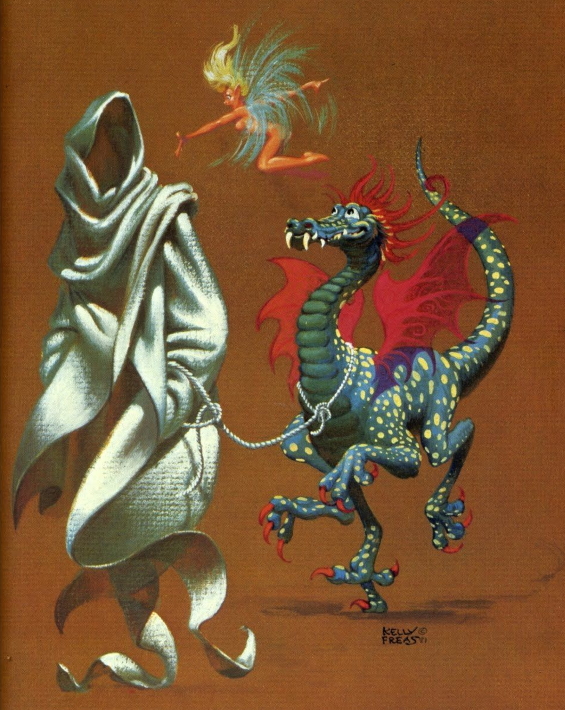 The Time Traveler Show #28 has Sodom and Gommorah, Texas by R.A. Lafferty read by Gwendolyn Jensen-Woodard co-owner of Imagination Lane , an Audio Drama Production group.
The Time Traveler has a nice fireside chat (without the fire) with narrator William Coon.  We talk about some of titles that William has narrated including The Day the Earth Stood Still: Selected Stories of Harry Bates.  We talk about Farewell to the Master, the short story that the movie was based upon.

Short Science Fiction Collections from LibriVox are coming in faster than we can listen to them. That’s cool! But seriously, how many different versions of Harry Harrison’s The Repairman do we really need? This collection includes the fourth unabridged reading that’s available online.

Short Science Fiction Collection Vol. 004
By various; Read by various
10 Zipped MP3s or Podcast – Approx. 5.5 Hours [UNABRIDGED]
Publisher: LibriVox.org
Published: March 2008
“Science fiction (abbreviated SF or sci-fi with varying punctuation and case) is a broad genre of fiction that often involves sociological and technical speculations based on current or future science or technology. This is a reader-selected collection of short stories, originally published between 1931 and 1962, that entered the US public domain when their copyright was not renewed.”

The Misplaced Battleship
By Harry Harrison; Read by Barny Shergold
1 |MP3| – Approx. 59 Minutes [UNABRIDGED]
Publisher: LibriVox.org
Published: March 2008
It might seem a little careless to lose track of something as big as a battleship … but interstellar space is on a different scale of magnitude. But a misplaced battleship—in the wrong hands!—can be most dangerous. First published in the April 1960 issue of Astounding Science Fiction magazine.

Missing Link
By Frank Herbert; Read by Kim Cutler
1 |MP3| – Approx. 43 Minutes [UNABRIDGED]
Publisher: LibriVox.org
Published: March 2008
The Romantics used to say that the eyes were the windows of the Soul. A good Alien Xenologist might not put it quite so poetically … but he can, if he’s sharp, read a lot in the look of an eye!

The Quantum Jump
By Robert Wicks; Read by Jerome Lawsen
1 |MP3| – Approx. 23 Minutes [UNABRIDGED]
Publisher: LibriVox.org
Published: March 2008
Captain Brandon was a pioneer. He explored the far reaches of space and reported back on how things were out there. So it was pretty disquieting to find out that the “far reaches of space” knew more about what went on at home than he did.

Sodom and Gomorrah, Texas
By R.A. Lafferty; Read by lucylou40
1 |MP3| – Approx. 19 Minutes [UNABRIDGED]
Publisher: LibriVox.org
Published: March 2008
The place called Sodom was bad enough. But right down the road was the other town—and that was even worse!
First published in Galaxy magazine’s, December 1962 issue.

Wizard
By Larry M. Harris; Read by Alex C. Telander
1 |MP3| – Approx. 38 Minutes [UNABRIDGED]
Publisher: LibriVox.org
Published: March 2008
Although the Masquerade itself, as a necessary protection against non-telepaths, was not fully formulated until the late years of the Seventeenth Century, groups of telepaths-in-hiding existed long before that date. Whether such groups were the results of natural mutations, or whether they came into being due to some other cause, has not yet been fully determined, but that a group did exist in the district of Offenburg, in what is now Prussia, we are quite sure.