September misses Fairyland and her friends Ell, the Wyverary, and the boy Saturday. She longs to leave the routines of home and embark on a new adventure. Little does she know that this time, she will be spirited away to the moon, reunited with her friends, and find herself faced with saving Fairyland from a moon-Yeti with great and mysterious powers.

This was a lovely third book in the Fairyland series, where September has struggled to return to Fairyland and is wondering if you can ever really go back. The characters left behind in Fairyland have struggled too, missing her and loving her. Life apart is not always easy.

September meets a few versions of Saturday and starts to question whether she gets choices in her life, and between that and the nostalgia of childhood and facing being a grownup and what that means for her fairy land and fairy friends, this book is a bit tinged in sadness. It also includes Valente’s amazing imagination that we’ve seen from her poetry to Palimpsest (still my favorite) to the very underdiscussed Prester John books.

This is the first book of Valente’s that I’ve listened to, and Catherynne M. Valente is a marvelous performer of her own work. Her voice has the versatility of an old-Hollywood actress, with moments of great rich depth. I feel like going back and listening to everything she’s ever read. Her performance enriches her worlds, and I highly recommend the audio.

The Fairyland books are highly recommended, starting with The Girl Who Circumnavigated Fairyland in a Ship of Her Own Making.  Perfect for kids, young adults, and adults who can still dream. 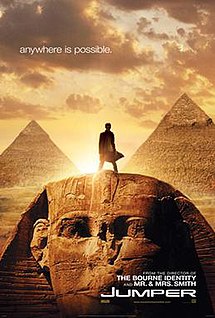 L.E. Modesitt, Jr. has published over 50 novels, both science fiction and fantasy. Imager, his latest novel, is the first time his work has appeared on audio.

Imager is the start of a new fantasy series called “The Imager Portfolio”. It’s the story of Rhenn, who at the beginning is an apprentice portrait painter. In a life-changing event, he realizes two things: First, he can no longer continue in his profession, and second, he is an “imager” – a person who can make things real by visualizing them in his mind. Imagers are not common, but common enough to be feared and respected in Modesitt’s world.

After this, the novel takes it’s time in following Rhenn grow into his new-found ability. He climbs the ladder as an imager taking various and interesting training that use his ability in unique ways. My first thought was not that an imager would make a good bodyguard, but imaging something into a person’s body makes for quick defense – or a potent offense.

William Dufris is wonderful as always. The novel is not quick paced, as if Modesitt is using this volume to firmly create the world for future volumes. Dufris is as engaged a narrator while relating the details as he is during the exciting bits. A pleasure to hear!

Tantor will be publishing the next two volumes of this trilogy, and I will be listening!