Talked about on today’s show:
1915, Blackwood’s Magazine, a propaganda novel, the propaganda ministry, pro-empire, Buchan’s later job, Hitchcock’s The 39 Steps, the Orson Welles adaptation, Mercury Theater, Welles’ propaganda pieces, Nazis invading Canada (Nazi Eyes On Canada), ultima thule, if Operation Sea Lion had worked…, Nazis in Antarctica, Kerguelen Islands, Isle de Crozet, the coolest island ever, Jules Verne, why does our hero go to Scotland?, veldcraft, Greenmantle, Richard Hannay, the comic, Brian thought it was a riot, a brisk read, elegant prose, the BBC Radio documentary on John Buchan, judging everything, “subjective”, coincidences, sooo convienient, the human civilization, The Riddle Of The Sands by Erskine Childers, another sneaky German plot, the Patrick O’Brian books, the invasion novel genre, mining British harbours, u-boats, a shocking incident, Scapa Flow, Winston Churchill, Rogue Male by Geoffrey Household is the WWII version of The Thirty-Nine Steps, Constantine Karolides, war was inevitable, popular in the trenches?, Hannay eats well on the run, cliffhangers, Adrian Praetzelis, a semi-bald archaeologist, Jesse’s dream theory, tired of London …. not enough exercise … lo and behold a murder plot… sleep and dream and wake, a Freudian sense of everything being really nearby, the climax became surreal, Do Androids Dream Of Electric Sheep?‘s fake police station, how to deal with those in between, The Prisoner Of Zenda, “honestly this is impossible”, boys own adventure, James Bond, Dracula, how do these things work in detail, I’m pretty good with disguise, a sign of good writing, villain to do lists, don’t lock the hero in a room filled with explosives, act like you belong there, the roadman scenes, the milkman was a precedent, disguise as psychology, ridiculous of imposture, the speaker at the liberal candidates meetings scene, Australia or free-trade, Asquith, Liberals, free-trade within the empire, as satisfying as a mortician, the eloquence of an emigration agent, a ripping speech Twizden, Hammond, something that always changes is the meaning of the title, the Black Stone (Schwartz Stein), when you’re Lord Tweedsmuir…, Jonathan Harker, ordinance survey maps, the corridors of power, having the power of the British Empire at your back, the reward, doubt about British command, yesterday 100 years ago, the Gallipoli campaign, unilateral disarmament, the secret pact, the French are hyper-competent, playing along, just go over the top, your reward is to go to the Western Front, Greenmantle is the direct sequel, the supremely confident at veldcraft, the Germans had found a Muslim prophet, Islam as a powder-keg, the Mesopotamian campaign, a very personal battle while armies clash, a secret history, Jonathan Strange & Mr Norrell by Susanna Clarke, The Duelists by Joseph Conrad, His Majesty’s Dragon by Naomi Novik, The Red Panda Adventures by Gregg Taylor, Scott Pilgrim Vs. The World, Captain Canuck, Declare by Tim Powers, Kim Philby, Brian’s WWI kick, the Eastern front (Turkey vs. Russia), Duel For Kilimanjaro: Africa 1914-1918, Paul von Lettow-Vorbeck, the opening antisemitism (an international banking conspiracy) is just a smokescreen, crazy conspiracy theories, you only believe the unbelievable tale, a wink to the audience, The Protocols of the Elders of Zion, The United States Of Paranoia by Jesse Walker, the “stab in the back theory”, conspiracies, the Black Hand, seeing the novel in its context, period magazines, stepping into a time machine, having perspective, don’t have secret treaties with France, a landward in Asia, The DaVinci Code, The Grove of Ashtaroth, the Canaanite goddess, Rhodesia, clearing of the land, a weird fiction version of colonialism, Buchan wrote 101 books, Witch Wood (BBC Radio drama), big in to Buchan, Huntingtower, Mr Standfast, The Wasteland by T.S. Elliot, Lovecraft’s parody “Wastepaper”, a pre-modern guy, unthinking ideas, a moral victory over the enemy, panache or élan, Memory Hold-the-Door by John Buchan, Canada’s current Governor General (David Johnston), Hillary Clinton’s autobiography, “chloroform in print”, Mark Twain, Fred’s novel is in beta (The Devil’s Dictum), wait fifty years and read the Wikipedia entry, our assessment of things, Shakespeare was too sad or too gory, why teach Julius Caesar? because it has no sex, the Hugos blew up, Ancillary Justice, changing the markets, Bowdlerizing the past, The Tempest, classic science fiction info dump, Miranda is falling asleep, Mr Jim Moon’s take on The Thirty-Nine Steps, the mystery run-around, the Jason Bourne films, stalking on-the-run travelogue format, Ian Fleming, Dennis Wheatley, a British form of pulp, adaptations, North By Northwest, the 2008 TV adaptation the u-boat in a loch, Alfred Hitchock, The Man Who Knew Too Much, The Ring, the lack of women, adding women, shoveling women into adaptations, it’s all for Fred’s mom, there’s a gun in the pram, Hannay has an afro in the 1978 adaptation, the ministry of espionage, Mr Memory, the comics adaptation, a bridge to far, The Private Life Of Sherlock Holmes, with access to itching powder…, expansive imagination, in the Twilight books the heroine is a complete cipher, WWI books, WWII books, Armed Forces Editions, the post war interest in H.P. Lovecraft, Jack Vance in the South Pacific. 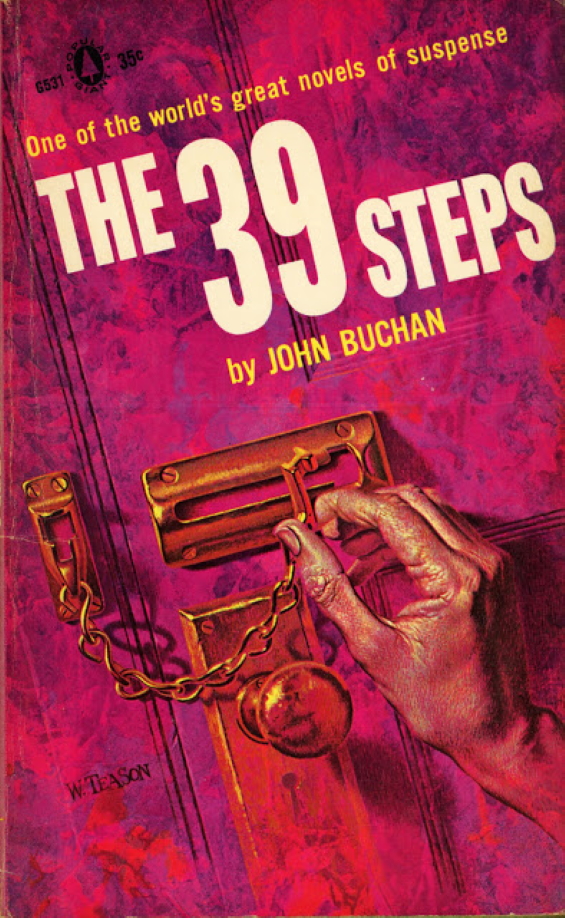 From MonkeyBrainComics.com and Gregg Taylor comes: Depression-era Toronto is the setting for Gregg Taylor’s pulp hero The Red Panda and his sidekick The Flying Squirrel. The novel opens with the last of the big gangs in the city being brought to Justice; Police Chief O’Mally railing against the masked vigilantes at loose in his city. While the Press love the hero: defender of the weak, the poor and the downtrodden of society.

Out from the ashes of the many gangs that our hero’s have crushed rises a new gang, The Crime Cabal. This new gang knows that for them to flourish, they must deal with The Red Panda once and for all. But there is more behind the Cabal than a simple gang. When the hulking enforcers of the gang turn out to be zombies it’s clear that this is no ordinary gang.

The Tales of the Red Panda: The Crime Cabal is the first novel set within the same setting as the podcast audio dramas, also written and produced by Gregg Taylor under the Decoder Ring Theatre banner. There is continuity between the podcast and the novel, but the novel does stand on it’s own, even providing an origin story for one of the long running supporting characters. The setting and characters are all introduced with enough background and flare to be fully formed within the novel alone.

Gregg Taylor does a commendable job with the narration and the characters. Of note are the character voices especially as I’ve listened to the audio dramas for some years. Taylor captures the essence of the voices of the characters as they have been portrayed by other actors. For several years in some cases. So, even if you have listened to the podcasts you won’t be disappointed by the the portrayal of familiar characters, and if you haven’t then they come out fully formed characterizations.

My only niggle is that in the first few chapters the narration feels just a little rushed in places, but this passes. I do not hide my love for the Red Panda.

But, SPOILER ALERT, I’m actually in love with the Flying Squirrel.

Both of my loves show up in the three Red Panda novels that are now available on Audible.com. Gregg Taylor of Decoder Ring Theatre is going to be the GUEST OF HONOR at MuseCon 2012!

Most kids create an imaginary world where they have friends nobody else can see and which allows them to be firefighters or astronauts or whatever strikes their fancy. We were all kids like that and, as we grew, we found the worlds of science fiction, fantasy, media, music, art and other interests that allowed us to escape from the
mundane world.

Within the fannish community, we’ve found folks who have similar interests. This society of accepting, like-minded people allows us to create and educate. Whether it’s science, writing, art, music or even new ideas of what family and religion mean, fandom is a pretty creative bunch. MuseCon is a place to explore that creativity and learn from each other. You don’t have to be an expert–all you need is a willingness to try.

Come and play with us!

Here’s the two page spread in the MuseCon program book about our hero: And here’s the complete |PDF|.