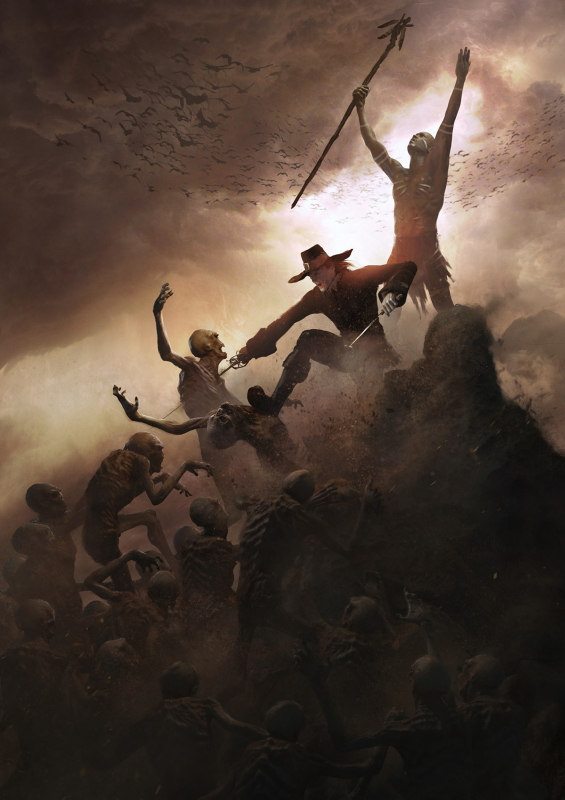 The SFFaudio Podcast #173 – A Thousand Deaths by Jack London, read by Julie Hoverson (of 19 Nocturne Boulevard). This is a complete and unabridged reading of the short story (29 Minutes) followed by a discussion of it. Participants in the discussion include Jesse, Tamahome, Jenny, Julie Hoverson, and Matthew Sanborn Smith

Talked about on today’s show:
Jack London’s first professional sale, “the hirsute fruit”, the LibriVox version, is the protagonist supposed to be female?, “I don’t know what’s real”, a disintegrated Saint Bernard, a Freudian story, The Island Of Dr. Moreau by H.G. Wells, vivisection on a South Pacific Island, a mad scientist, oedipal literature, London’s own life, H.P. Lovecraft, re-animation, archaic language, Frankenstein, a well educated sailor with an interest in science, obliquely obtuse, The Call Of The Wild, peregrinating, “overly smarty-pantsy”, is it all a dream?, a conscious death, horror, drowned sailors owe their revivers, Poultrygeist, the catalyst event, “an amoral scumbag”, Phineas Gage, blowing smoke up the near drowned, the disintegration door, Doctor Manhattan, Fallout: New Vegas, the disintegration ray, dis-integrate, anti-gravity, electrolysis, synthetic clothing, “animal charcoal”, The Shadow And The Flash is Jack London’s take on The Invisible Man, not just dogs and boats, London’s Polynesian stories, sink the Farallones, San Francisco, suspended animation, chest tampering, death vs. approaching death, drowning vs. poisoning, exploring the boundaries of death, Premature Burial by Edgar Allan Poe, zombies, coffin bells, meteor insurance, “I brought you in [to this world] and I can take you back out”, Bill Cosby, Jack London’s writing voice, action³, verb heavy vibrancy, a raging socialist, is it interesting or is it good?, lockjaw, psychological damage, the ending is ambiguous, a dilettante and a wastrel, do deaths mature you?, an inversion of the prodigal son, what would Eric S. Rabkin say about this story?, time travel, early Stephen King and Ramsey Campbell, H.P. Lovecraft, Edgar Allan Poe -> Fitz-James O’Brien -> Lord Dunsany -> William Hope Hodgson -> Ambrose Bierce, “gonzo”, “where do your ideas come from?”, There’s a Crapp For That, picturemypoo.com, eww, Flatliners, spiritualism vs. materialism, ghosts, patents, olympics, Julie Hoverson’s copyright, patent and trademarks podcast?, shotgun shelled powered battering ram, Julie Hoverson is incredibly busy, thanks Julie!, Jonathan Davis, “don’t surprise the actors”,

SFSignal Podcast #70 features me and six other folks very quickly discussing Science Fiction (and other) podcasts. Unfortunately I think a lot of the best stuff came after the actual podcast ended. At least that’s the part of the discussion I enjoyed most. As a part of that I also invited Matthew Sanborn Smith to participate in an upcoming new releases and recent arrivals podcast.

I took notes and think I got most of the podcasts that were mentioned:

Jeff Patterson (of the Gravity Lens blog):
–The Nerdist
-The Doctor Who Cast
–RiffTracks
–Changesurfer Radio

Death comes swiftly on the teddy bear range when the night devils’ silhouettes mar the purpling sky. I shiver in the chill nightfall. Muffin turns his back to me, lights a cigarette as if to ward off the darkness.

“Get the little ones inside,” I say. “We’re burning the fires bright tonight.”

At our feet, the wind blew in a piece of red yarn tangled in a few strands of yellow fur. After a quiet couple of weeks the bastards are feeding again.

We’re looking forward to great stuff from this one, which is produced and published by Paul W Cambell at Cossmass Productions.