The SFFaudio Podcast #704 – The Cold Equations by Tom Godwin; read by John Stratton

This unabridged reading of the story (1 hours 2 minutes) is followed by a discussion of it.

Participants in the discussion include Jesse, Paul Weimer, and Evan Lampe.

Talked about on today’s show:
The Cold Equations by Tom Godwin, The Ones Who Walk Away From Omelas by Ursula K. Le Guin, Jesse’s been wrong about it for years and years, an important story (but not very well written), correct the record, well written but long, very effective, everybody who dislikes The Cold Equations can fight Jesse, Weird Science, May-June, no. 13, 1952, A Weighty Decision by Wally Wood, different enough, the whip hand of John W. Campbell, ghoulish and silly and fun, existential quite smooth, The Cold Calculations by Aimee Ogden, dealing with a different idea, a criticism of the premises, John W. Campbell, once upon a time, had to die, fudging the numbers, the Trolley Problem, why couldn’t there be a third track, not really the point, face the moral calculus, designed to illicit a very specific thing, an idea about reality, long, not that clunky, quite beautiful in places, simple, interesting psychology, a cold story, fiddling with the opening, some dude, it’s a girl, an artifact, silly, if you get pancreatic cancer you’re dead, wish fulfillment, kissed and made better, the pain of life, a lot of people don’t want to be disabused, Santa Claus is real, god will save us, Campbell’s trainee, the numbers are fudged, Capitalist Realism, there is no alternative, Barton is an employee, a quasi-merchant marine, the worldbuilding, not making enough money, the brother’s remittances, shielded from the truth, replacing the kitten, a metaphor for the whole story, trying to shield her from pain, we shield each other from the pain of reality, we’re all going to die, science fiction can do something interesting, more silly, comicy, the medicine, it is a trolley problem, even if it was plagiarized, follow through on you’re fucking idea, don’t tap out, the stupid E.E. Doc Smith, you can’t invent your way out of the laws of fucking physics, daylight bombing raids, the engineering is bad, the reality is correct, thin margins, on the commute, a non-insignificant number, all the EDS shuttles without stowaways are not stories, Stowaway (2021), accidental stowaway, out the airlock, there is no on purpose, nobody is to blame, maybe the sign should have said “you will fucking die”, don’t walk away from that, a beancounter on earth, blame capitalism, the ship can land after all, flip some tables, Mark Fisher, revolution is the alternative, is that really true?, Tom Godwin is wholly responsible, Jack London’s To Build A Fire, Yukon stories, Star Trek V, Star Trek II is a Cold Equations, because katras, euthanasia, a remedy for modern Star Trek, The Wisdom Of The Trail, soft lazy fucks, the white man’s logic, an estimation vs. a calculation, a different moral overlay, a guy who didn’t obey a sign, do not go there, the dog has more wisdom than the man, instinct vs. plan, what it means to disobey a sign, a sign as a piece of wisdom, the fine is the cost of her life, the X Minus One adaptation, a dumb adult, young and therefore innocent, it isn’t “fair”, having the medicine enhances, the reason its a white girl in the story, we as 1950s astounding readers, the kitten is innocent, changing it to a dude, flipping the genders, an adult man vs. a girl Barton, to hit us in the feels to make us understand, if it’s Hitler in the basement, not as many will walk away, the Azov battalion will walk away, both Bushes, eternal?, a sin eater, a more meta-story, a thought experiment, The Good Place, Stalin or any other evil person, a challenge to us to do better, threw in orgies for Evan, drugs, that’s fine, imagine the place that you want, Hitler’s in the closet on the EDS ship, it’s cold in here,

[THE QUICK EQUATION by Jesse

I was not alone.

It had been on zero when the EDS launched; now, an hour later, it had crept up. There was something in the supply closet across the room, some kind of a body that radiated heat.

It could be but one kind of a body—a living, human body.

I let my eyes rest on the narrow white door of the closet. There, just inside, another man lived and breathed.

I unholstered my blaster and stood up, facing the door. Maybe it was just a girl, I thought, just some dumb girl who couldn’t read warning signs. That would be bad.

“Come out!” My command was harsh and abrupt above the murmur of the drives.

I thought I could hear a whisper of a furtive movement inside the closet, then nothing.

I visualized the stowaway cowering closer into one corner, suddenly worried by the possible consequences of his stowing away.

I heard the stowaway move to obey, and I waited with my eyes alert on the door, my hand on the trigger of the blaster.

The door opened and the stowaway stepped through it, smiling. “In Ordnung—ich gebe auf. Was jetzt?”

I put him out the airlock.

There was a slight waver of the ship as the air gushed from the lock, a vibration to the wall as though something had bumped the outer door in passing; then there was nothing and the ship was dropping true and steady again.

I shoved the red lever back to close the door on the empty air lock and turned away, to walk to the pilot’s chair with the light steps of a man just doing his duty.

Putting my feet up on the console I thought about those guys on Woden – they sure will be happy to have that vaccine, I thought. I could hear their voices now. And won’t they be surprised to hear about what I did with the stowaway.

THE PROFITABLE EQUATION by Jesse

“I was not alone. Aboard the EPS were me, Magda, Ruth, and Eve, three hu-man fee-males I was transporting to a wealthy human mining colony on a planet named Ophiuchus III.

While I was calculating my profits, minus what I would render up to Damon Brool and the Grand Nagus, I had noticed a little white hand on the tiny gauge on the board before me.

The control room was, like I said, empty – except for myself, Magda, Ruth, and Eve.

There was no sound other than the murmur of the drives, and the batting of their long eyelashes—but still that little white hand had moved.

It had been on zero when the EPS had launched from the D’Kora-class ship Krookta – where I’d purchased the shuttle and filled it with just enough fuel to reach Ophiuchus III; but, an hour later, with the Krookta warped away that white hand had crept up, like an Andorian pickpocket.

There had been something in the supply closet across the room, some kind of a body that had radiated heat.

It could be but one kind of a body, I knew – a living body.

I let my eyes rest on the narrow white door of the closet.

There, just inside, another humanoid lived and breathed.

I unspooled my whip, stood up and faced that white door.

‘Come out!’ My command was harsh and abrupt above the murmur of the drives and the sudden pearl clutching of Magda, Ruth, and Eve.

I thought I could hear a whisper of a furtive movement from inside the closet, then nothing.

Nothing. Exactly what my profits would come to if I didn’t get whoever was in there out that closet and off of my EPS!

I heard the stowaway move to obey, and I waited with my eyes alert on the door, one hand on my belt purse, the other clutching the whip.

The door opened and the stowaway stepped through it, she was cowering.

It was a Bajoran female, immodestly dressed from head to foot in thoroughly concealing yet ragged clothing.

She was obviously an escaped slave, probably from Terrok Nor.

I listened to her cry and plead and tell her unprofitable narrative.

Cracking the whip I told her to tell faster. I’d heard much the like before, she wanted to see her brother, capitalism sucks, and so I cracked the whip again, waved it all away, and considered.

Then I asked her a serious question: She had a choice, I told her: life on a remote mining planet with four wealthy hu-man husbands or a quick and utterly unprofitable death in the cold void of space.

Magda and Ruth are giving me oo-mox as I speak.

I’ve set the EPS autopilot to land on Ophiuchus III.

There’s not enough fuel for this Emergency Profits Ship to land land five hu-man-oids safely so that’s why I am sending you this message, cousin.

In mere moments I will be stepping into airlock.

Eve will pull this red lever here and flush me out into space.

The hu-man males on Ophiuchus III were willing to pay an extraordinary price in gold pressed latinum – and for one more female, ooooh cousin.

This means even after your fee, what we kick up stairs to Sector Damon Brool, and even after the Grand Nagus gets his cut, this will be, or rather will have been, my most profitable enterprise ever.”

the Ferengi can make profits, a chapter for the sex book, Wallace Shawn, I sacrificed myself, the profits are unimaginable, Evan’s Grand Nagus Rom series, reforming Ferengi society, Ferengi liberals, Ferengi , because Leeta is in it, they would just ruin it, file off the serial numbers, The Orville, the side by side Discovery and The Orville, vegan Pizza vs. regular human pizza, vegan shoes, he knew they were poor because they had vegan leather, that Moon Knight show, he’s Egyptian, The Cats Of Ulthar, a long show for a short story, The Tempest, The Weird And The Eerie, Capitalist Realism, Starship Mutiny, The Last Of The Masters, dudes in robes, these people have been cut-off, Colony, cedar tree forests, utopia planet, what Le Guin was doing, Dick is more oblique or unconscious, Souvenir, Williamson’s World, larping different civilization, Dick well, Larry Niven love, they’re both females wearing clothes, Paul is self-loathing, not trolling, in German it’s silent, first names only, a Thai or Vietnamese name, referring to people occasionally, raw war footage, Black Amazon Of Mars, she’s got an axe, a tomb sweeping vacation, Allen Anderson, black tentacles, big axe, Eric John Stark, The Long Tomorrow, C.L. Moore, she smiled and let the wine cup fall, The Doings Of Vigorous Daunt, a billionaire that goes around the world punching people, like Russell Crowe, N.K. Jemison must be smart, a Warren supporter, anti-Bernie, she’s a shitlib, the afrofuturist aesthetic and ideas, unreadable, Out Of The Aeons by Hazel Heald and H.P. Lovecraft, The Man Of Stone, The Loved Dead by C.M. Eddy, I snuggled up the corpse and it turned a little rotty, Dan Carlin didn’t know what a quadroon or an octoroon was, clearly he doesn’t watch Archer. 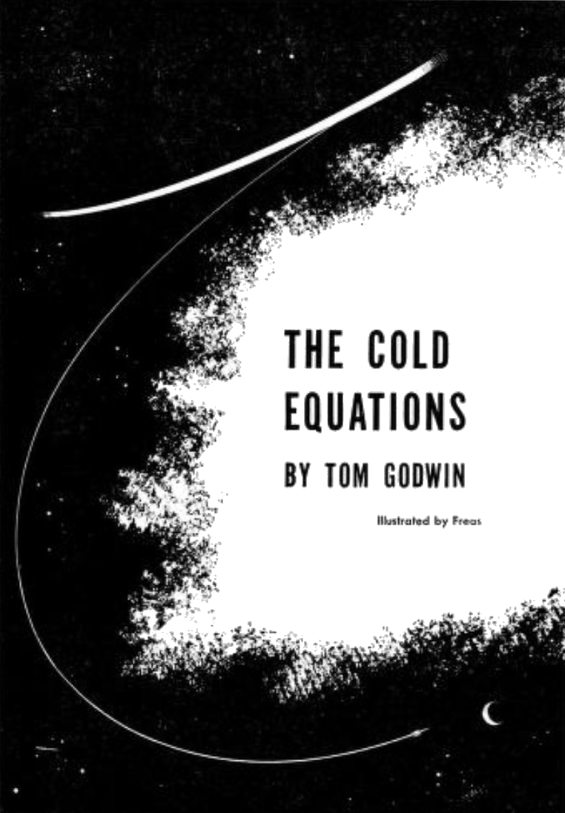 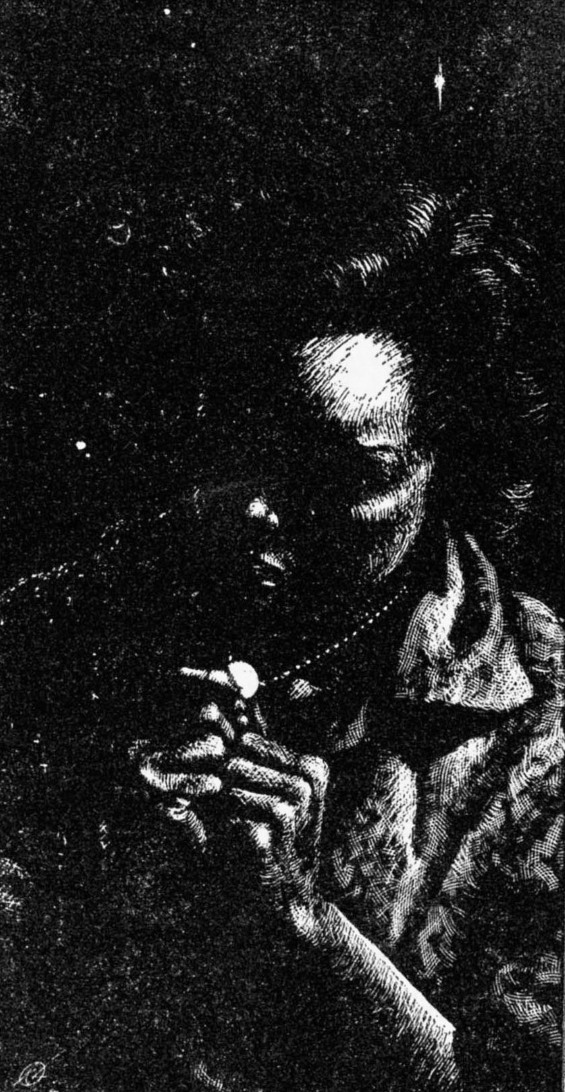 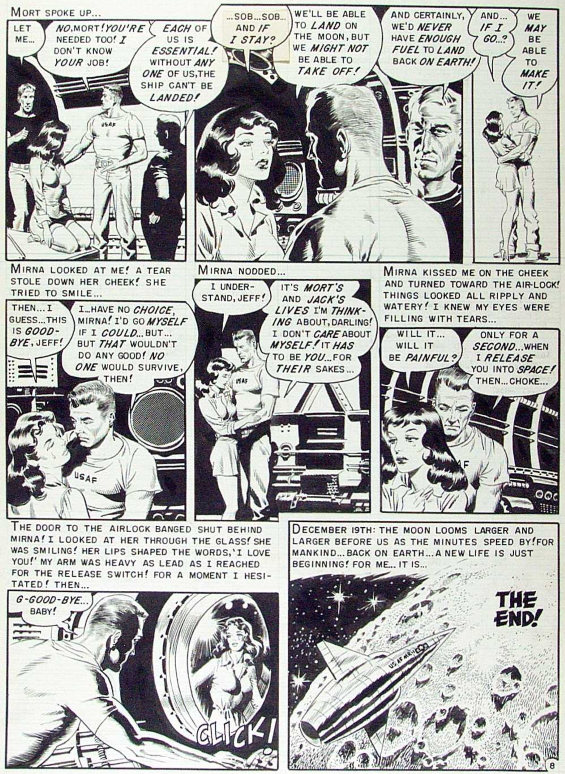 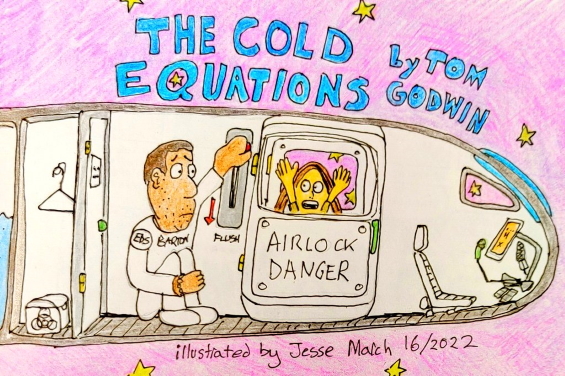