The SFFaudio Podcast #376 – Jesse, Julie Davis, and Maissa Bessada talk about Journey To The Center Of The Earth by Jules Verne.

Talked about on today’s show:
title variations, they don’t go to the center of the Earth, Arne Saknussemm, Lit2Go, the Tim Curry narration, how did the paperwork get out of the Earth?, he was too specific, the knife, what happened to Arne Saknussemm?, barometer, manometer, dead servants, taciturn servants, would you like some bacon cooked on the lava (magma), overdosing on adaptations, comic adaptations, the 2008 Brendan Fraser version (3D movie), fluffy, the nephew-uncle dynamic, a page turner, adding a female expeditionary member, inspiration vs. adaptation, inspired by this book, The Lost World by Sir Arthur Conan Doyle, the same setup, irascible professors, going for a girl, a forerunner (a person who went before), Maplewhite vs. Saknussemm, dinosaurs, underground journey, subterranean, fun, huge science expositions, Around The World In Eighty Days, the Fantastic Voyages (or Journeys) series, 20,000 Leagues Under The Sea, Five Weeks In A Balloon, Jules Verne wrote 66 novels!, one of the things he’s doing, visit every place in the world and characterize every nation, Germans and Icelanders and Danes, national personalities, everyone is a cartoon, “stereotype”, a crazy uncle, a light comedy, science vs. adventure, Verne takes us on tours, touring Copenhagen, vicarious travel, adventurous passion, not to poop all over this book, At The Earth’s Core by Edgar Rice Burroughs, this book is missing a 12-foot giantess cave-girl girlfriend, standing on the ceiling of the basement, a vast hollow sphere, Pluto and Porcupine (the roman equivalent of Persephone), Jules Verne’s spelling of Edgar Allan Poe (he called him Edgard Allan Poe), referencing everything, The Sphinx In The Ice, Verne was Poe’s #1 fan, a beautiful tradition, The Green Girl by Jack Williamson, biological phases compared to geological phases, looking at the stars and the earth you’re looking backward in time, the science, the original french version of this book was in 1864, 10 years later the relationship with Germany is fundamentally different, the mechanistic world, 10 years made a hell of a difference, this is a very international book, the humor, I was in love with her, “you could say I adored her (if any such word exists in the German language)”, he’s right about us, Verne is very sly, just like the professor, languages, Verne’s dad tried to make him a lawyer, trying not to be provincial, Virgil and Homer and Shakespeare, “You monument to ignorance”, a zinger in every chapter, “great as it is that asylum is it is not big enough to contain all of Professor Lidenbrock’s madness”, you have no vision, “I care nothing about seeing magnificent spectacles”, a walking tour of Copenhagen, crawling up the stairs, Axel’s maturity (or lack thereof), the names, Henry vs. Axel, Lidenbrock vs. Hardwigg, the different translations [the Professor’s name is a pun], a secret history, the Saknussemm document becomes the Jules Verne novel in the 2008 movie, the 1959 movie makes the professor Scottish, translations and adaptations to make it more relevant for the audience, Gretchen -> Grauben -> Gretel, bad translations, learning about eiderdown and eiderdown hunters, stealing nest fluff, the science is pretty damn good, you can’t have an adventure to the center of the Earth if the Earth’s center is hot, EVIDENCE!, “everyone is laughing at me, here’s a pterodactyl”, “science is composed of errors, but errors that are right to make”, the ball-lightning, St. Elmo’s fire, the compass problems, almost realistic, Stromboli was Tolkien’s model for Mount Doom, we will not tell them how we actually got here, they said they were shipwrecked (and it is kind of true), dense with humour, history, architecture, an enduring classic, Hans was the opposite of the uncle, characters exchanging personalities, a process of maturation, an inveterate coward and then he craters, the seeds of what he will become, Axel will become like his uncles when he grows older, Verne shows a character’s worst and best sides, a giant fur covered creature pounding his chest -> it’s King Kong!, 16 foot giant bones discovered, a skull the size of a Volkswagen, a moral panic, a real newspaper article, Jesse does an Icelandic accent, The Odyssey, like Professor Challenger, The Poison Belt, aliens, Hans has to get paid every Sunday, Icelandic life is hard, Icelanders are Eskimos without the benefits of being Eskimos, Master, Verne’s racism is a sympathetic racism, Conan Doyle’s internationalism is very different, Burroughs’s characterization, what Verne is doing is cool, I’m not usually the persons who says: “You know what this needs? More romance”, mineralogists, all good characterization, Conan Doyle’s cute cynicism, Burroughs’s hero characters find girls and have them lay some eggs, H. Rider Haggard’s lost worlds were in Africa, adventure types, She!, The People Of The Mist, a White Goddess among the Zulu people, this is sort of Vernianian: science, history, literature and reveling in that knowledge, The Mysterious Island, a parody meme -> Mysterious Island, Nellie Bly, pretending to be insane to see what life in an asylum is like, Librivox, what it’s like to live in Mexico, back when newspapers paid reporters to investigate things, BBC, gravity in the center of the Earth would pull you in every direction, BBC Radio 4: In Our Time on the Earth’s core, biology is taught wrong, there names are what they do, telling rocks apart at a glance, smell, sound, taste, rocks can be tested it with your body, on the final exam in geology they give you a tray full of rocks, the ferrous iron taste of the water, Hans brock water, flood that whole compartment (luckily it was the size of the Earth), draining the Mediterranean, Verne is the second most translated author in the world, looking at it from our perspective today, Ben Hur, Lew Wallace, do your own abridging. 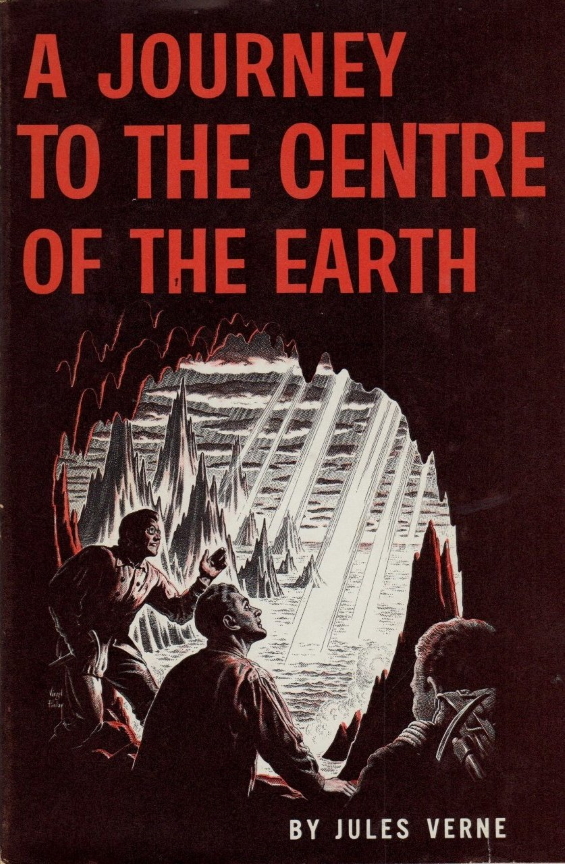