The SFFaudio Podcast #586 – The Tree Of Life by C.L. Moore; read by Gregg Margarite. This is an unabridged reading of the story (1 hour 10 minutes) followed by a discussion of it. Participants in the discussion include Jesse, Paul Weimer, Will Emmons and Trish E. Matson

Talked about on today’s show:
Weird Tales, October 1936, what a good issue this is, how many podcasts based on stories in this issue?, Lloyd Arthur Ashback, The Lost Temple Of Xantoos by Howell Calhoun, Robert Block, Witch-Burning, The Lost Door by Dorothy Quick, Mark Twain, Earle Pierce Jr., Red Nails by Robert E. Howard, the final Conan story while he’s alive, R.E.H. by Robert H. Barlow, The Secret Of Kralitz by Henry Kuttner, Arthur Conan Doyle, a lot for your money, The Shadow, Motor Stories, True Detective, Northwest Smith stories, worldbuilding, Rainbow Mars by Larry Niven, corrupt the planet, elves, diminished, our swashbuckling hero, connections, Philip Jose Farmer’s authorized Tarzan novel: The Dark Heart Of Time, a crystal tree, a civilization built around it, trees, a pocket universe ruled by a being that created the universe, ultimately easy to deal with, Jirel Of Joiry, Shambleau, succumbing to the wiles of a woman (who is not a woman), an anti-climactic ending, as an introduction, it has the virtue of being public domain, LibriVox, what she does with the language, not very much happens, mostly description, very Robert E. Howard like, the colour and the emotion, what actually happens, crashed, he’s basically Han Solo, a Mandalorian episode, no Chewie here, more pathetic than Chewie, a million year old ruined city, the Patrol, the well, a fake crying lady, reaching back into his brain vocab book, a missing bit, sacrificing a few of the forest people, through a monumental effort of will, he shoots it in the trunk/roots, very metaphorical, a dream sequence, the mushroom expression of the thing that is Thag, give him a sword, half of Conan stories, fights a god, a girl to be saved and a girl that’s evil (and jealous of Conan’s gf), Jesse’s least favourite part of Game Of Thrones, a really long story for the amount of activity that happens, a laser beam battle, a tribal war, it feels very long, the repetition, the same strange word again, incongruity, incredulous, making it more ornate and then colouring in, how it feels rather than what you see, a queer sort of music, intolerable beauty, that piercing strength, purple prose, its all about the dwelling in that feeling, the description of bodies, moonstone eyes, The Moonstone by Wilkie Collins, The Tyger by William Blake, my dead friend Gregg Margarite, “went lurking” a verb now used,

“went lurking” is a verb now used by people who only know each other via newsgroups – can mean, stopped responding to email or threads, also usable to describe people have have possibly died – so that’s how I will now describe my friends who I know have died

Where do they lurk? Under what circumstances do they stop lurking? This sounds like a story waiting to be written.”[email protected]

Now they ride with the mocking and friendly ghouls on the night-winds, and play by day amongst the catacombs of Nephren-Ka in the sealed and unknown valley of Hadoth by the Nile, at least… for now.

referencing The Outsider by H.P. Lovecraft whenever possible, The Number Of The Beast by Robert A. Heinlein, it’s a (Philip Jose) Farmer book, its not a great book, “I’m going to do nostalgia”, 666 dimensions, WOW, To Sail Beyond The Sunset, 1979/80, revisiting some feelings, self-indulgent and incestuous, Lazarus Long, Mike the computer, The Moon Is A Harsh Mistress, Glory Road, tour de Heinlein, enjoyed reading it, living my life and reading this book, it shouldn’t exist, the Exegesis of Robert A. Heinlein, science fictional concepts, watch out for femme fatales, “I’ll try”, a character development, a bottle episode, a standalone, the way Red Nails ends, Queen Of The Black Coast, go have one of his gigantic melancholies, “harry the coast of Kush”, a sense of optimism, this is not really science fiction, more like Star Wars, sword and planet, science fantasy, a romance, more weird, a setting beyond the Earth, its totally weird, there’s this god and this wizard, Conan, The Lost Valley of Iskander by Robert E. Howard, broody and thinky, Windwagon Smith, Philip Jose Farmer’s Windwagon Smith, Frank Leslie Illustrated, The Steam Man Of The Prairies, Tom Swift And His Electric Runabout, Around The World In 80 Days, Planes, Trains And Automobiles (1987), an Ice Sledge, Dragonlance DL6: Dragons Of Ice, could this really work?, Lawrence Watt-Evans’ Windwagon Smith And The Martians, a mashup, Northwest Smith and Windwagon Smith, Tim Powers’ On Stranger Tides, pirates and voodoo, Ray Bradbury’s The Martian Chronicles, Lord Dunsany’s A Story Of Land And Sea, Thomas Windwagon Smith, 1854 newspaper accounts, the prevailing winds blow in the wrong direction, a legal document with silver ink on blue paper, adapted into a comic (Eclipse’s Orbit), recorded into an audiobook, reasons to contact Ray Bradbury, Twelve Kings In Sharakhai by Bradley P. Beaulieu, Paul Bunyan, American myths, where’s Philip Jose Farmer when we need him?, American Mythos, American Gods by Neil Gaiman, Smith is that name, Joe Anybody, C.L. Moore’s afterword for Shambleau And Other Stories, a red figure running, N.W. Smith, a third character was needed, Yarol is an anagram for the typewriter, North-West recurs, North West Territory, North-West Passage, the Northwest Rebellion, Northwest Of Space, do you remember when I was a kid?, Grizzly Adams, recreating the Garden of Eden with a bear,

The Lost
Temples of Xantoos
By HOWELL CALHOUN
Celestial fantasies of deathless night, Enraptured colonnades adorned with pearls, Resplendent guardians of crimson light, Expanse of darkness silently unfurls Among colossal ruins on this shore, That once was purled by Xantoos’ rolling seas; Nothing remains upon this barren core Of Mars, but your palatial memories.

Your altars and magnificent black gods Still flash beneath the sapphire torches’ flames, The fragrant ring of sacred flowers nods Beneath the monstrous idols’ gilded frames. Your jeweled gates swing open on their bands Of gold; within, a lurid shadow stands.

John Carter, Northwest Smith, this Sea that once was (now dry), abandoned city, vocabulary practice, retelling without having read, mixing and remixing, when you put Burroughs out into the world…, more sharp, more poisonous, it sticks with you, Blake inspired, the syntax, part of the fun, reading deeply, what haunts authors, the sea is an image in Lovecraft, Philip K. Dick, C.L. Moore is more commercially minded, Robert E. Howard was willing to write for anybody, Henry Kuttner, he’s kinda like Robert E. Howard, first fanmail, ‘she’s hiding her identity behind her initials’, a more common thing to do, a trend that happened, the sexism was not real in Weird Tales, some womens names were hidden by initials, the readership was almost equally female, boys and girls and women and men of all ages, more female poets, 30% female story authors, H.P. Lovecraft, Clark Ashton Smith, Robert E. Howard, Seabury Quinn, Lovecraft’s semi-beef with Farnsworth Wright, No Woman Born by C.L. Moore, gynoid body please, rings of metal, conveying the woman that she used to be, Science Fiction 101 aka Worlds Of Wonder edited by Robert Silverberg, Fondly Fahrenheit, Day Million, No Woman Born, The Monsters, Jack Vance, no time to read for anything except for the podcast, the difference between podcasts and reviews, the firehose is the fifty firehoses, I would love to help, 17th century novels and poetry nobody reads, a lot of dross, gender stereotyping, kind of a doofus as opposed fascist, compilation of trailers, Siren, Odysseus and the Sirens story, a classical trap,
a fundamental misunderstanding people have been having since the mid-19th century, what evolution, a show about mermaids set in 2020, I despair for our species, that’s why we have problems, FreeForm, filmed 10 feet from my mom’s house, Apple TV+ a fourth grade student investigating a murder as an accredited journalist, its not aimed at humans, its like a kitten detective, a serious show, Encyclopedia Brown, Love Is Blind, marriage, they’re all fake, artificial drama, the consequences, why did you bring this white guy home, a TV whore, an intellectually morally bankrupt decision, abuse, Will to to blame, subordinating themselves for infamy, The Running Man by Stephen King, The Prize Of Peril by Robert Sheckley, Das Millionenspiel, traumatized by the indignities, doing your spirit wrong Will, Warren Ellis’ Transmetropolitan, facial tattoos, scarification, SoundCloud rapper is a culture, earlobe stretching, lip stretching, group identity by shared pain, everything’s crazy in the shade of The Tree Of Life, were in the Thag bubble, their story is a lot richer, snuggled up or running screaming, the lie of this story, he never really got out that’s why this is the last story, he’s a white man, he’s fine, a semi-desperate criminal, why people fundamentally reject the death of Han Solo, when Arthur Conan Doyle tried to kill off Sherlock Holmes, remember Spock?, Star Trek II: The Wrath Of Khan, give Mirror Universe Spock a shave, killing Kirk, a generational changing of the guard, gone down with the Enterprise, a twitter argument,

Star Trek 1 is an art film, 2001: A Space Odyssey (1969), how you know you’re in a Russian art film, a big idea, everybody agrees, VGER, Milton and Moby Dick and Shakespeare, themes, everything, meanwhile in the darkness Star Trek I is getting better and better, gaining more gravity with time, why they changed the uniforms, its Frankenstein, try the computer down, we can be friends, The Changeling, Voyage Home is so much fun, some lady who’s a cat, Assignment: Earth, “exact change”, too much LDS, while ST1 is a better film, Star Trek IV is more fun, retcon things, Jesse’s ratings of the Superman movies. 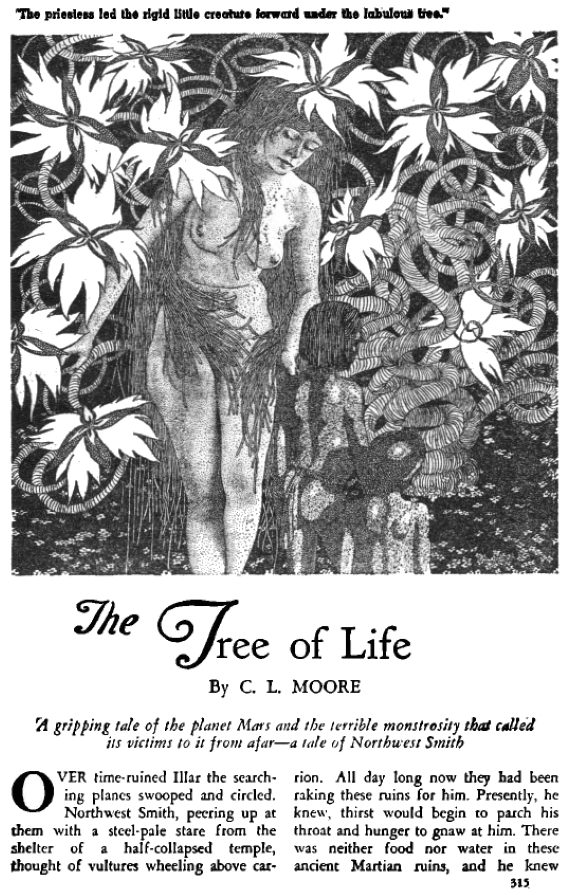 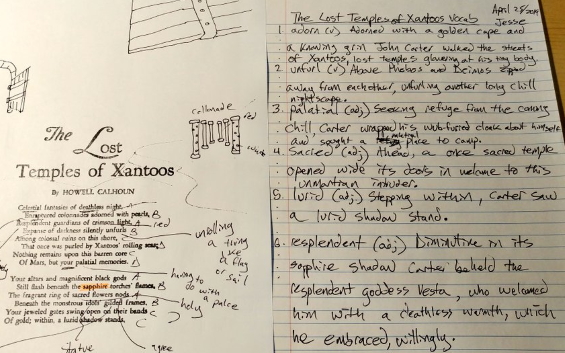